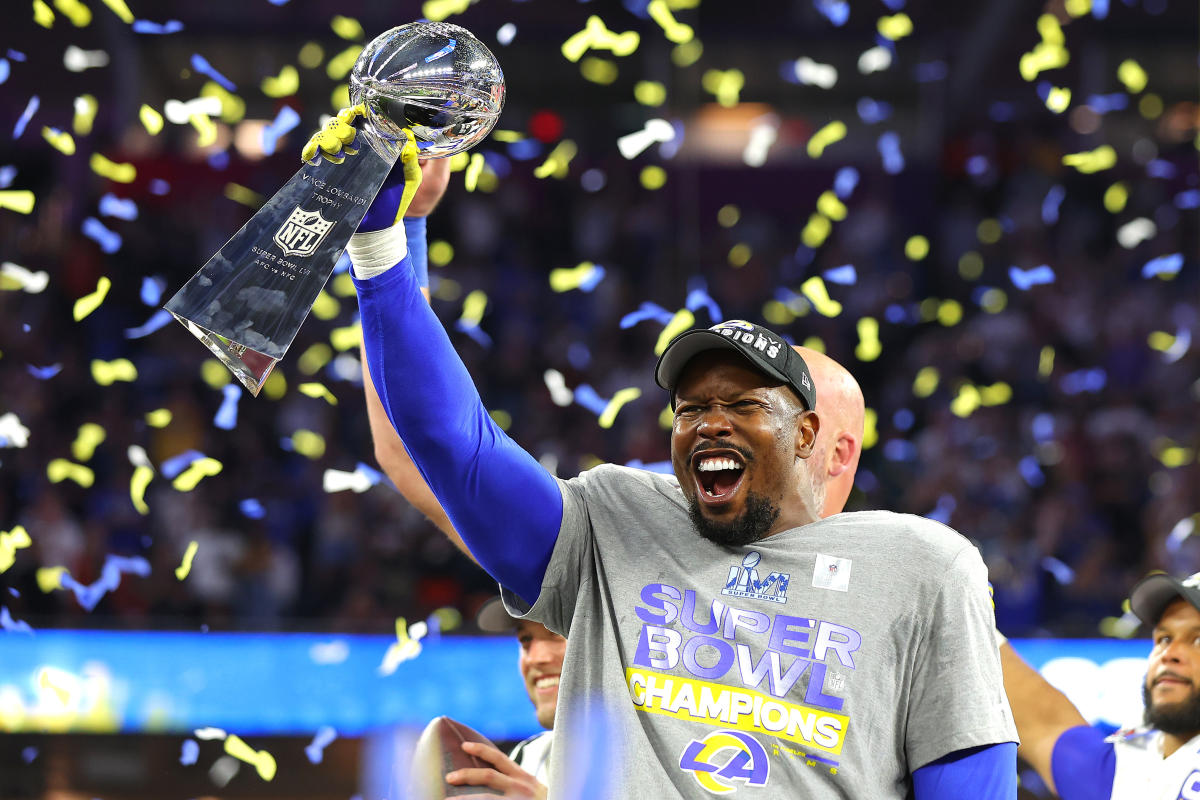 In an alternate reality, edge rusher Von Miller could have joined his hometown Dallas Cowboys instead of signing with the Buffalo Bills.

Miller checked in with former Denver Broncos teammate DeMarcus Ware during free agency to ask if the Cowboys were interested in bringing in the 11-year veteran, according to the Dallas Morning News’ Calvin Watkins.

“I remember when Von called me he said ‘Hey is Dallas interested? I’m a free agent.'” Ware said. “And I said, ‘What?! You’re a free agent, what do you mean you’re a free agent? I thought you had one more year?’ He was like, ‘No I’m done [with the Rams], bro.’ He said ‘Call Jerry [Jones] and them and see what they want to do.’ I said ‘Are you trying to get them to empty the bank account? What are you trying to do?'”

Ware, who played with Miller for three seasons in Denver following a nine-year stint in Dallas, envisioned a star-studded Cowboys defense that would have included three premier pass rushers at different stages in their respective careers: Miller, DeMarcus Lawrence and Micah Parsons . That’s 172 combined career sacks over 20 years of experience in a Dan Quinn defense.

“So now you would have had that three-headed monster. Think about this: Von Miller. Micah Parsons and DeMarcus Lawrence. I don’t know who is coming. That’s what we still need. We still need that right defensive end or outside linebacker guy that can play a little bit interior. It can drop a little bit. That sack perennial athlete.”

The biggest obstacle to a Miller-Cowboys union was, of course, money. The cap-strapped Cowboys made several money-saving moves this offseason, releasing like right tackle La’el Collins, trading away receiver Amari Cooper and letting several other players walk in free agency. The Cowboys almost re-signed edge rusher Randy Gregory to a five-year, $70 million extension, but Gregory backed out and signed with the Broncos instead after the two signs fail to agree on contract language.

Miller, a Texas native who went to high school in Dallas and played for nearby Texas A&M, eventually signed a six-year, $120 million deal with the Bills that included $51.4 million in guaranteed money.

“He said, ‘I’m trying to come back home, hopefully I can do that,”’ Ware added. “I don’t know if [Cowboys] talked or not. But I threw it out there for [Jerry Jones] and Buffalo probably picked up the news, ‘Hey wait a minute, this is what we need on the defense.’ And he cashed in.”

Now, Miller joins an already-stacked Bills defense that ranked No. 1 in points and yards allowed this past season. Buffalo also finished with the highest pressure rate in the league at 30.8 percent. The Bills have Super Bowl aspirations after just missing the AFC championship game. The hope for Buffalo is that the 33-year-old Miller can add another level to Sean McDermott’s defense and push the Bills past the finish line in 2022.