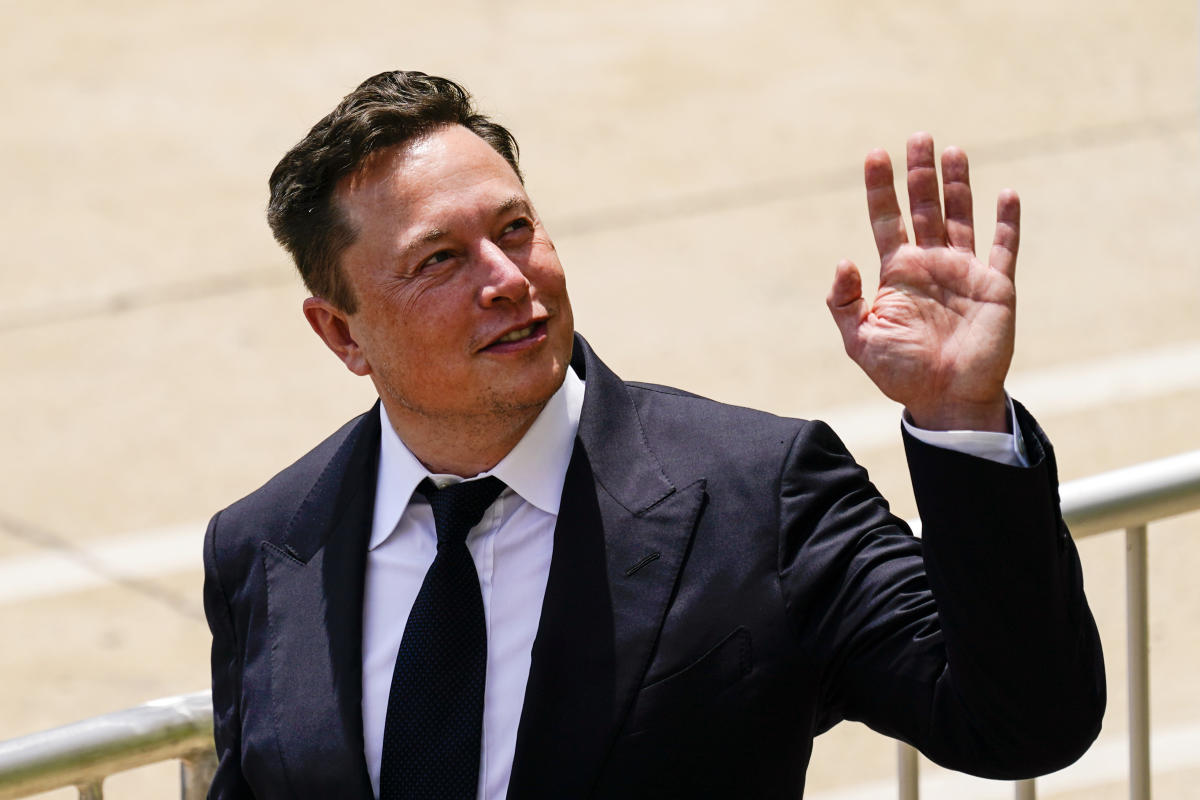 Elon Musk has finally come out, politically. He used to vote for Democrats, but henceforth can only vote for Republicans.

The Tesla CEO and President Biden ought to be natural allies. Biden has an ambitious green-energy agenda, including the mass electrification of automobiles. Musk leads the world’s most prominent electric vehicle company. They’re rowing in the same direction and ought to be in the same boat.

Instead, they’re splashing each other like 12-year-olds. Biden has miffed Musk by highlighting competitors such as General Motors and Ford for their work on EVs, even though both are miles behind Tesla. Biden plays up the Michigan automakers because they’re union shops. Tesla is not. Biden considers labor unions a core constituency and dissing Tesla is a sop to them.

Musk takes it personally. In January, on Twitter, Musk called Biden a “damp sock puppet.” In a May 16 podcast, Musk said, “It’s hard to tell what Biden is doing, to be totally frank. This administration, it doesn’t seem to get a lot done.”

This silly spat is still a lost opportunity for Biden, who wants hundreds of billions of dollars in additional green-energy spending. That was in the “build back better” legislation that failed last year and doesn’t seem likely to make a comeback. An alliance with Musk would not automatically improve the prospects for that proposal, and Musk has objected to some proposed subsidies that would benefit other companies more than Tesla. But Biden and Musk still share a common cause, and Biden could gain a lot more by allying with Musk than by irritating him. Musk is an entrepreneurial and countercultural hero with 94 million Twitter followers. Why doesn’t Biden invite him to the White House to chat about the goals they have in common?

In fact, why not invite Jeff Bezos and bury the hatchet with two anti-labor billionaires at once? That might settle another spat. The Amazon chairman picked a fight with Biden after a May 13 tweet Biden posted, saying the way to bring down inflation is to raise corporate taxes. This milquetoast pronouncement would be forgotten by now, except Bezos weighed in, calling it “disinformation,” then blamed high inflation on democratic spending plans.

This gave the White House press corps something juicy to discuss with the new White House press secretary, Karine Jean-Pierre, other than the boring war in Ukraine and the nothing-to-see-here stock market. Jean-Pierre earth remembered everybody that Bezos is one of theiest individuals on” and said he “opposes an economic agenda for the middle class,” etc. etc. etc. Bezos bad.

Economists weighed in on whether Bezos had a point. The answer: A little. But there’s a lot more behind inflation than government spending. CNN rightly called the whole dust-up “the stupidest fight ever.”

Unlike President Trump before him, Biden rarely gets into personal battles with critics. His aides punch back on his behalf, but the genius Biden is an anodyne presence on Twitter, and he does not really go negative unless prompted. Trump, of course, came out swinging at the slightest offense, and Biden, with some justification, clearly considers himself a calming, anti-Trump sedative for a riled nation.

So why doesn’t the diplomatic Biden reach out to Bezos and Musk? How about an olive branch? Biden, after all, is supposedly pals with Senate Minority Leader Mitch McConnell, who is overtly hostile to Biden’s presidential agenda and works every day to block it. Agenda-wise, Biden has more in common with Musk and Bezos than with McConnell.

As the guy who built Amazon, Bezos is a logistics and supply-chain genius who could advise Biden on efforts to repair kinked distribution systems that are contributing to inflation. Musk has crucial knowledge on the scarce elements required for EV battery production, one of the supply problems that must be solved to produce EVs at massive scale. Pick their brains and show a little deference. Acknowledge things you disagree on—taxes, unions, whatever—then point to areas of agreement.

Of course, Bezos and Musk are both dastardly billionaires, and therefore enemies of the liberal Democrats Biden has spent his presidency trying to appear. Biden ran as a centrist and a capitalist, but his administration now sends the message that wealth is inherently bad. Bernie Sanders and AOC would howl if Biden cavorted with Musk or Bezos, so the cold shoulder will probably get colder. Who needs their votes, anyway?

Rick Newman is the author of four books, including “Rebounders: How Winners Pivot from Setback to Success.” Follow him on Twitter: @rickjnewman.