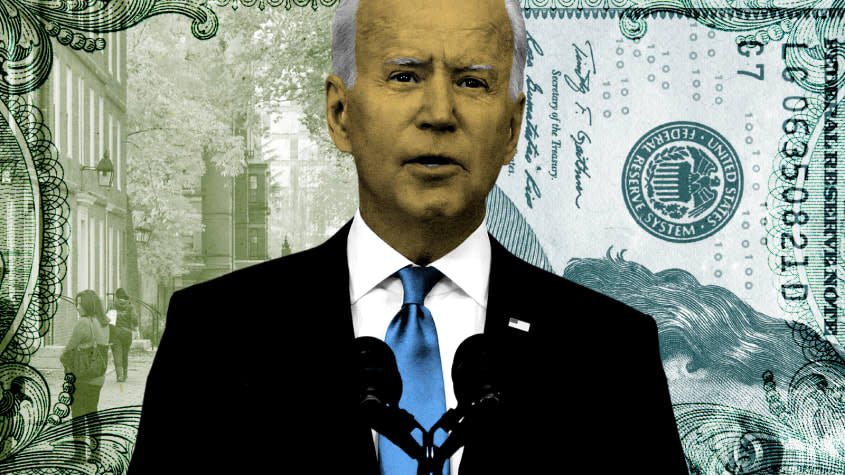 Is it finally happening? After more than a year of equivocation and haunted by dismal polling, reports are circulating that the Biden administration is planning to cancel some of the $1.6 trillion in higher education debt collectively owed by around 45 million people.

The maximal version of the plan would be a serious mistake. As Michael Brendan Dougherty observes in National Review, the bulk of student debt is held by the relatively affluent. With already high earnings and low unemployment, it’s not clear why they need the extra help. Blanket forgiveness also effectively subsidizes higher education institutions that can charge high prices with the expectations that someone else will pick up the tab. In the past, debt forgiveness has been touted as a way to jumpstart the economy. With inflation already rampant, though, the benefits of injecting more cash into the economy are dubious at best.

But canceling all the debt is not the only option. A new report by the New York Federal Reserve finds that capping forgiveness and means-testing the benefit would provide better targeted relief at lower cost.

According to the Fed analysis, forgiving $10,000 of debt only to borrowers who earn less than $75,000 a year would raise the share of forgiven loan dollars given to borrowers who are already delinquent in their payments, and live in low-income and minority neighborhoods. The effect of an income cap would be less dramatic but still significant if up to $50,000 of debt were forgiven. Either way, a more limited approach goes a long way to answer the criticism that forgiving student debt is a giveaway to the upper middle class and its favorite institutions.

A more constrained plan would not address all the objections. For one thing, it’s still expensive. According to the New York Fed, even the stingiest proposal would still cost $182 billion–more than double the annual budget for the Department of Education.

Nor do a low forgiveness cap and means-testing answer questions about why student loans should be treated differently from other forms of debt. Many truck drivers, for example, borrowed to pay for exploitative lease arrangements with their employers. By focusing on the cost of college over other financial burdens, the administration sends the message that it takes the problems of the highly educated more seriously than others’.

Finally, there’s the matter of fairness. Forgiveness of outstanding loans seems to reward those who didn’t make their payments at the expense of those who did. It also sets up perverse incentives by encouraging the expectation that burdensome debts will be canceled again in the future. These concerns could be met, at least partly, by attaching forgiveness to big changes in the way we finance higher education. In absence of such reforms, it’s throwing more money into the same corrupt system.

With midterm elections impending, though, Biden and Democrats are desperate to whip up enthusiasm. Since it offers direct, individualized benefits and can theoretically be accomplished by executive action, student debt forgiveness is a tempting option. Biden’s problem is that Americans with college and especially graduate degrees are an integral portion of the Democratic coalition, but only a minority of the electorate. Means-tested forgiveness of relatively small debts could be the best way to reward supporters without provoking an even larger backlash.

The ‘anti-woke’ agenda is going to cost taxpayers big bucks

Reports: Sweden and Finland agree to apply for NATO membership at the same time