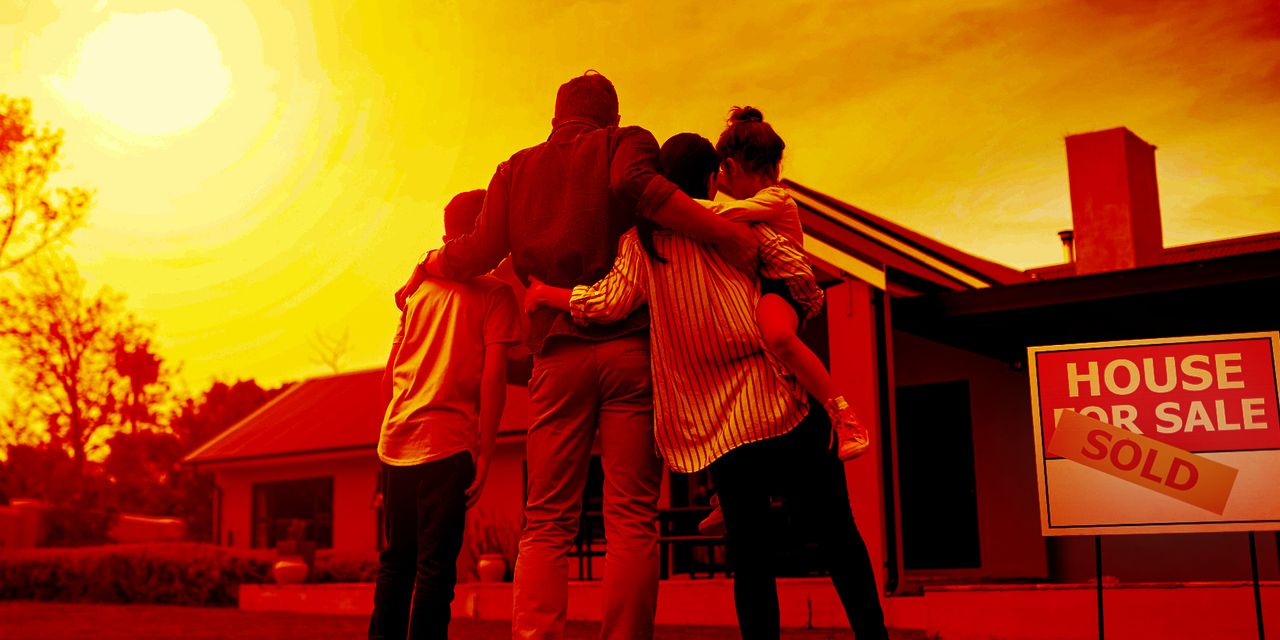 The housing market is finally catching a breath after a two-year sprint. A new report breaks down as the frenzy unfolded.

The report, called the ‘State of the Nation’s Housing 2022’ by the Harvard Joint Center for Housing Studies, reveals the steep rise in costs associated with owning, or renting a home, and how competition among buyers has intensified.

With median home prices zooming past $400,000, owning a home has become a lot less affordable for the average prospective buyer.

To afford a median-priced home, the buyer would have to put down more than 38% of their income, according to the Atlanta Fed’s Home Ownership Affordability Monitor.

Some 67 of the top 100 housing markets experienced record-high appreciation rates at some point over the last year, the report said.

And this environment is likely to persist for a bit, given how tight inventory is. In May, homes remained on the market for just 16 days on average, which is the lowest figure on record, according to the National Association of Realtors.

“Unlike the previous run-up when loose credit and speculative buying fueled a housing bubble, the current home-price largely arises reflects years of under-building,” the report explained.

Supply-chain constraints, labor shortages, regulatory constraints strangling home builders are all to blame for the slow pace of new construction.

Renting has also become less affordable. “The cost of both owner-occupied and rental housing continue to climb,” the authors of the Harvard report stated.

Rents were up 12% nationally in the first quarter of this year, and higher in some metro areas.

Though rents did fall in big cities like New York during the pandemic, the rebound amid the return-to-work environment has been sharp. In the first quarter of 2022, rents for apartments in NYC rose by 20%, compared to the year before.

Rents for single-family homes rose even faster, by 14% in March 2022 as compared to the previous month.

Growth in apartment demand vs. supply

Demand for rental units has really surged in the last year.

“A number of temporary factors helped to buoy rental demand in 2021,” the report explained.

“Federal cash supports, student-loan payment deferrals, and the pickup in employment likely boosted the income of many young adults enough so that they could afford to form their own households,” the authors stated.

“Other government interventions protected of millions renters [who were] behind on their rents from eviction. The high prices and tight supply of for-sale homes also played a role in driving up demand by keeping many would-be buyers in rental housing,” they added.

Part of the pressures in both markets comes from increasing investor share of the rental market.

Investors have been focused on the South and West, the report stated. In the last quarter of 2021, the highest investor share of home sales was posted in Atlanta, at 41%, followed by San Jose at 38%, Phoenix and Las Vegas at 36%.

“In September 2021, investors bought 29% of the homes sold that were in the bottom third by metro-area sales price, compared with 23% of homes sold in the top third,” the report stated. “Investor-owned homes are typically converted from owner-occupied units to rentals or upgraded for resale at a higher price point.”

The Harvard report estimates that the payments for a median-priced home have gone up by over $600 a month.

In its efforts to combat rising inflation, the Federal Reserve hiked interest rates, which pushed mortgage rates up sharply. The average rate on a 30-year fixed-rate mortgage has gone past 6%, according to Mortgage News Daily.

“With prices continuing to rise along with interest rates, the savings and income needed to qualify for a home loan have skyrocketed, raising financial hurdles for first-time and middle-income buyers,” the report stated.

It’s an expensive proposition to own a home under the conditions today: If you’re a first-time buyer who’s putting down a 7% down payment on a median-priced home, that would have amounted to $27,500 in April 2022, the report said .

This amount “alone would rule out 92% of renters, whose median savings are just $1,500,” the authors added.