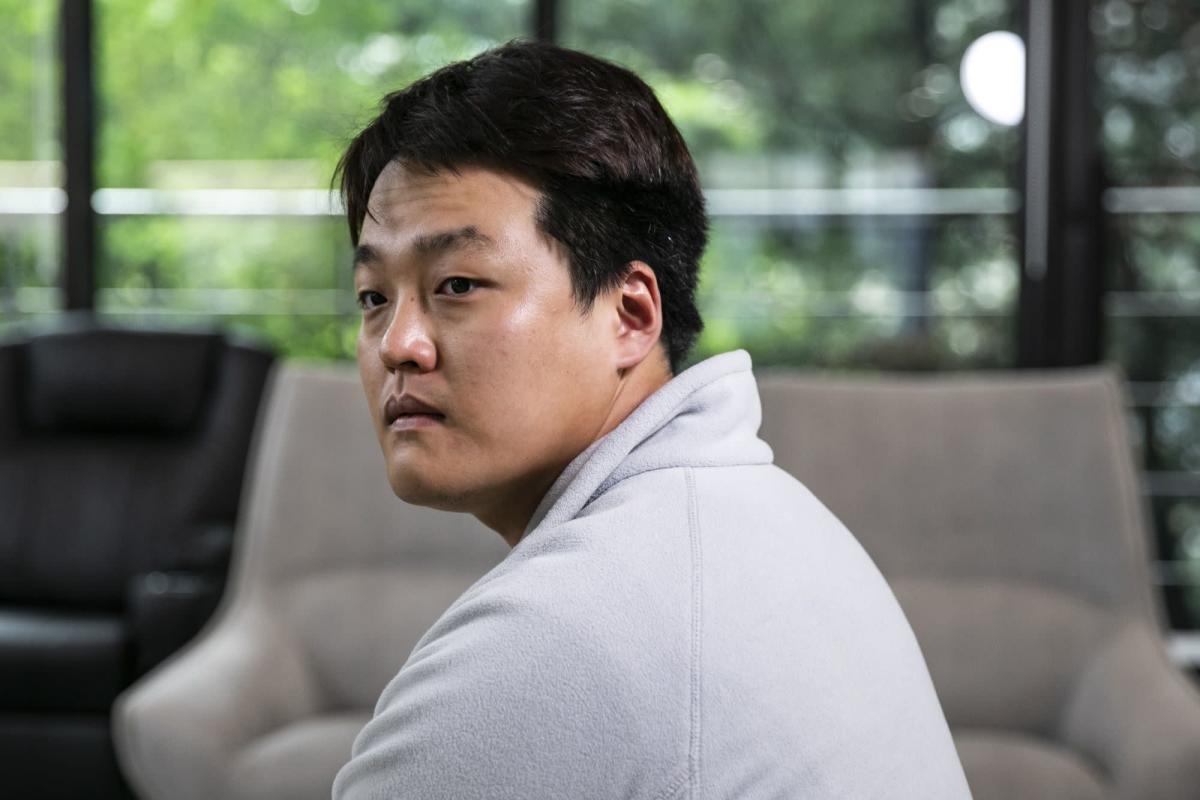 (Bloomberg) — The closely watched TerraUSD stablecoin is getting propped up by its backers after losing its peg to the dollar over the weekend.

TerraUSD, or UST, dropped below the crucial $1 level again on Monday, trading as low as 88 cents on the crypto exchange Binance. The declines spurred backers led by Do Kwon, the founder of Terraform Labs — which powers the Terra blockchain — to issue $1.5 billion in loans denominated in both UST and Bitcoin to help support the digital currency.

Stablecoins are supposed to maintain a peg to the value of currencies like the US dollar, and traditional forms of these tokens are backed by assets such as cash or cash-equivalents. But UST is as an algorithmic stablecoin that lacks any such asset backing, relying instead on trading and treasury management to maintain its value.

Kwon and his team at the Luna Foundation Guard, the association created to support the decentralized token and Terra blockchain, earlier this year pledged to buy as much as $10 billion in Bitcoin to support the stablecoin.

“We’re watching carefully to see how the market fares over the next 24 hours,” Steven Goulden, senior research analyst at crypto market maker Cumberland DRW, said in an email. “Including whether mechanisms being introduced to help increase reliance, such as LFG lending out Bitcoin to OTC trading firms, will be enough to hold in times of deep stress or if we need additional stabilization mechanisms.”

Stablecoins are still mostly used by speculators, as a place to park their money to avoid wild swings in crypto markets in lieu of regular dollars. Traditional bucks typically only enter and exit the crypto universe via exchanges, which follow the same “know-your-customer” rules as banks and brokerages. Stablecoins can be used on various DeFi platforms that offer users anonymity, as well as cutting-edge — and risky — ways to speculate on more crypto.

Unlike centralized USD Coin or Tether stablecoins that are backed by real-world, dollar-denominated reserve assets, TerraUSD maintains its peg largely by another volatile cryptocurrency, LUNA, through algorithms programming on the Terra blockchain. To oversimplify this, for every TerraUSD created, about $1 of LUNA is taken out of the circulation and vice versa.

The de-pegging was likely triggered by withdrawals of TerraUSD on decentralized projects Curve Finance and Anchor, according to blockchain data and crypto market participants.

Data from blockchain data tracker Nansen show that more than 121 million TerraUSD tokens were withdrawn from the decentralized exchange Curve Finance over the weekend. Curve Finance essentially allows users to provide liquidity to different “pools” with different tokens, while using a mechanism called an automated market maker that helps determine the price of a token when people trade crypto in every pool. At the same time, the total deposits of TerraUSD on Anchor, a lending project on the Terra blockchain, fell to $11.8 billion from $14.1 billion.

As a result of the large withdrawal of TerraUSD, prices of LUNA also tanked over the weekend. LUNA’s trading at about $58.48, according to CoinGecko, down about 11% in the past 24 hours. Many traders redeemed LUNA from the withdrawn TerraUSD, leaving more LUNA tokens for sale on exchanges. Data from derivatives data provider Coinglass shows traders on Binance started shorting LUNA heavily on Saturday.

“The weekend UST event looked, felt, and played out like an attempt to manipulate UST lower on the back of the 4pool Curve pool going live,” John Kramer, director of trading at crypto market maker GSR, said. “LUNA bore the brunt of the offensive as participants will mint LUNA with their UST.”

Terra has a capital control to prevent too much TerraUSD from being taken out of circulation so it can be redeemed for LUNA, according to Ryan Watkins, co-founder of crypto hedge fund Pangea. As a result, the majority of TerraUSD dumping is taking place on Curve Finance and other exchanges. Michael Egorov at Curve Finance said that there was “massive” trading activity on TerraUSD at Curve.

It wasn’t clear how LFG’s vote to use $750 million in Bitcoin from the reserve and $750 million TerraUSD would help sustain the peg. Kwon noted in his tweets that LFG is not trying to “exit” its Bitcoin position.

“As markets recover, we plan to have the loan redeemed to us in BTC, increasing the size of our total reserves,” he tweeted.

Read this next: King of the ‘Lunatics’ Becomes Bitcoin’s Most-Watched Whale

(Updates the price of UST in the second paragraph.)