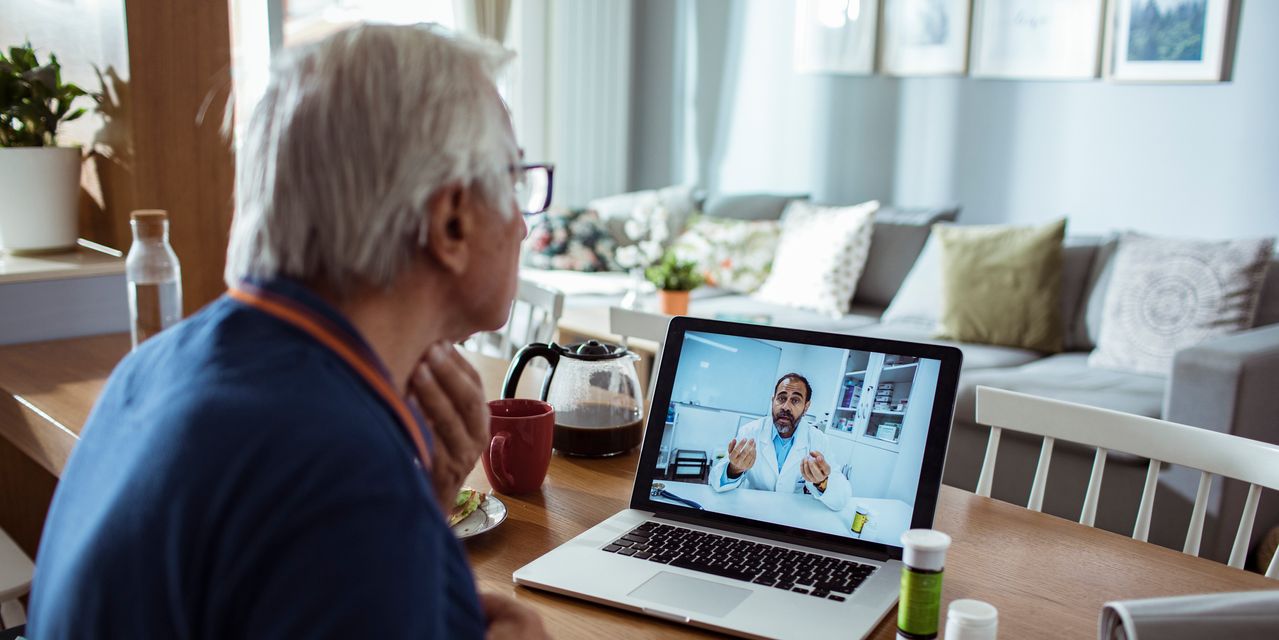 Shares of Teladoc Health Inc. were slammed in after-hours trading Wednesday, after the telemedicine company took an impairment charge of more than $6.5 billion and slashed its full-year outlook.

Teladoc’s new forecast reflects trends that executives are seeing in the market for direct-to-consumer mental-health and chronic-condition services, such as higher advertising costs in the mental-health market that are causing lower-than-anticipated yields on its marketing spending. It also cited an “elongated sales cycle as employers and health plans evaluate their long-term strategies” in the chronic-condition market.

“Despite the revision to our 2022 outlook, we are confident in our strategy, along with our breadth and depth of capabilities,” Chief Executive Jason Gorevic said in a release.

Gorevic shared on Teladoc’s earnings call that about three-quarters of the cut to the revenue outlook was related to the company’s BetterHelp online-counseling product, while the rest reflected new top-line expectations for the chronic-care business.

For the first quarter, Teladoc generated a net loss of $6.67 billion, or $41.58 a share, while it recorded a loss of $200 million, or $1.31 a share, in the year-prior period. Teladoc’s loss in the most recent quarter largely reflected a $6.6 billion impairment charge related to goodwill.

Teladoc executives did not disclose much about the goodwill impairment charge in Wednesday’s news release, but roughly $12.8 billion of the $14.5 billion in goodwill on Teladoc’s books stemmed from the $18.5 billion acquisition of Livongo in 2020, according to the company’s filings with the Securities and Exchange Commission.

“The goodwill impairment was triggered by the sustained decline in Teladoc Health share price with a valuation and size of the impairment charge driven by a combination of recent market-based such as an increased discount rate and the decreased market factors multiples for a relevant peer group of high-growth digital health-care companies, as well as updates to our forecasted cash flows consistent with the revised guidance disclosed today,” Chief Financial Officer Mala Murthy said in the most substantive statement executives gave about the $6.6 billion charge during the conference call Wednesday afternoon.

The company’s revenue rose to $565.4 million from $453.7 million, while analysts tracked by FactSet had been anticipating $569 million.