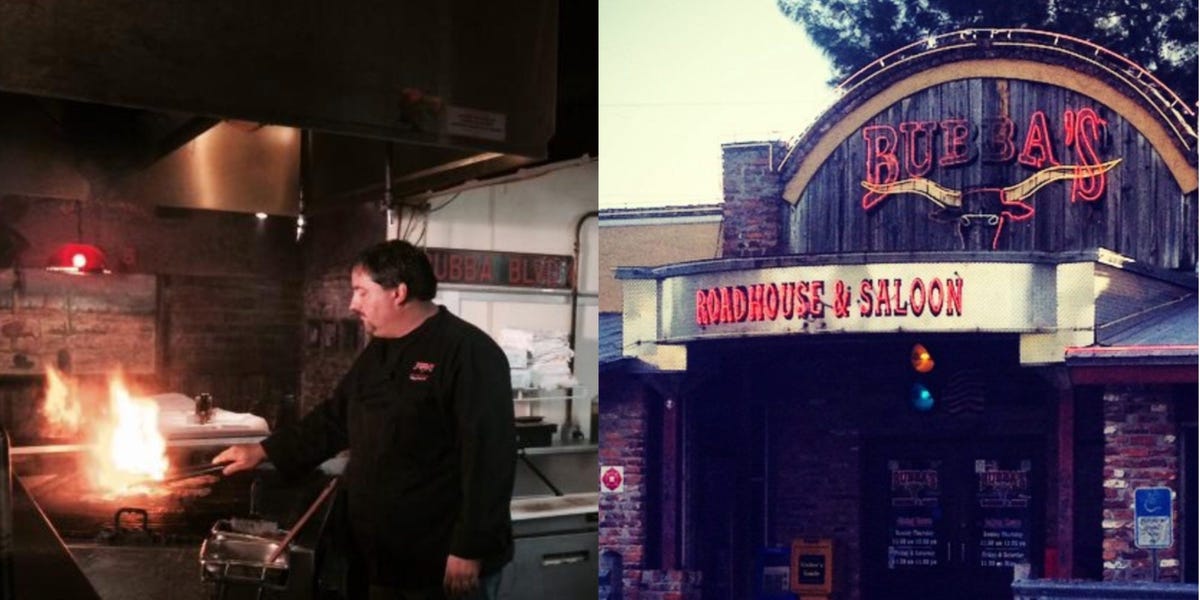 A shortfall in staff at a Florida steakhouse has forced the owner to become a full-time chef in charge of cooking around 200 steaks a day.

Jay Johnson, owner of Bubba’s Roadhouse and Saloon in Cape Coral, told Insider in an interview that he’s working eight-hour shifts seven days a week to cover for the gaps in his workforce. There should be 12 people working in the kitchen, but there are only nine.

“For five months, I was also the meat cutter in addition to working a night at current line cooking,” Johnson said, adding that he’s just hired an 18-year-old girl and taught her how to cut meat.

The biggest challenge for Bubba’s is staying open and taking care of customers, Johnson said. The steakhouse had to shut on Monday because there were no workers available after Johnson readjusted the schedule so all staff were working on Fathers’ Day — one of the restaurant’s busiest days.

“The customers absolutely suffer if we have low staff,” Johnson said. “We have slower service and that impacts the guests.”

At the weekend and on busy days, Bubba’s cooks about 200 steaks, as well as other dishes, Johnson said. On Fathers’ Day, the restaurant churned out to 400 steaks, he added.

The Department of Labor says Florida’s minimum wage is $10 an hour, while tipped employees are required to receive $6.98 an hour, per the Florida Restaurant and Lodging Association. Johnson pays his kitchen staff $13 an hour and his front-of-house staff $7 with tips, but said they can earn between $150 and $200 in a day, while bartenders can make up to $400 a day. Everyone is paid for working overtime, he added.

The lack of staff meant Bubba’s had to take various items off the menu on some nights and operate without a hostess greeting guests at the door, Johnson said.

Johnson said the labor shortage has improved for him in recent months but Bubba’s still isn’t fully staffed, which continues to make challenging things.

“I’d be happy just being able to get out of the kitchen every day,” Johnson said.