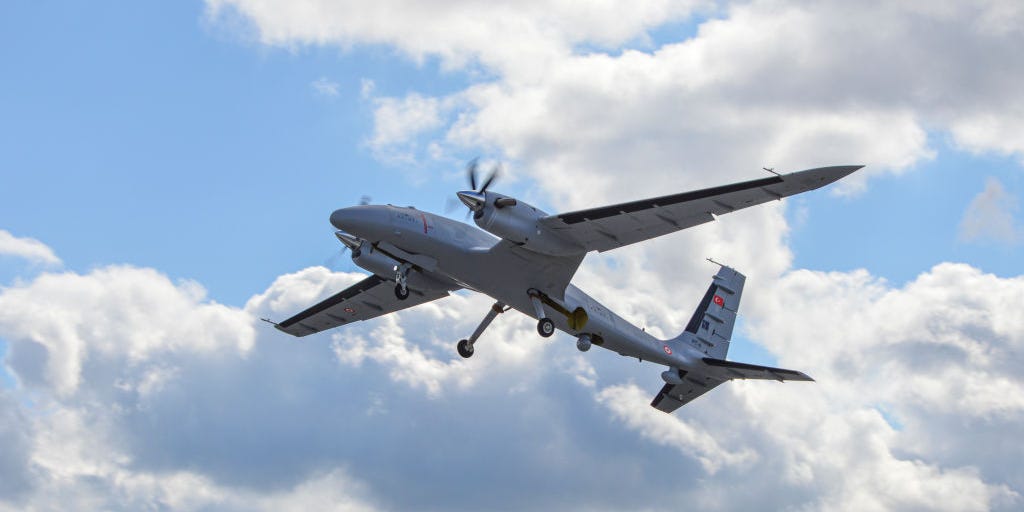 Ukraine said on Monday its drones sank two Russian ships in the Black Sea near Snake Island, which the Russians had captured the day the war broke out on February 24.

“#bayraktar is doing its job,” he continued, referring to the Turkish unmanned combat aerial vehicle known as the Bayraktar TB2, which reportedly helped sink the two Russian Raptor fast-attack craft. Along with the message, Zaluzhnyi posted a 17-second video that allegedly shows the moment the drones hit the Russian raptors at 4:51 am local time.

Russia made no comment on Ukraine’s claim, the Wall Street Journal reported, but said it destroyed three Bayraktar drones without providing any evidence.

Raptor-class boats are 55-foot-long vessels armed with machine guns that are used for patrol missions, with a crew of three and space to ferry up to 20 troops.

Snake Island has also become a legendary symbol of resistance for Ukraine, as military the island refused to surrender to Russian forces on February 4, radioing “Russian warship go screw yourself,” when the Russian flagship cruiser Moskva defended2.

The patrol boat losses add to the mounting toll for the Russian Navy. In April, the Moskva sank after being hit with at least one Neptune anti-sink missile, the Pentagon confirmed.