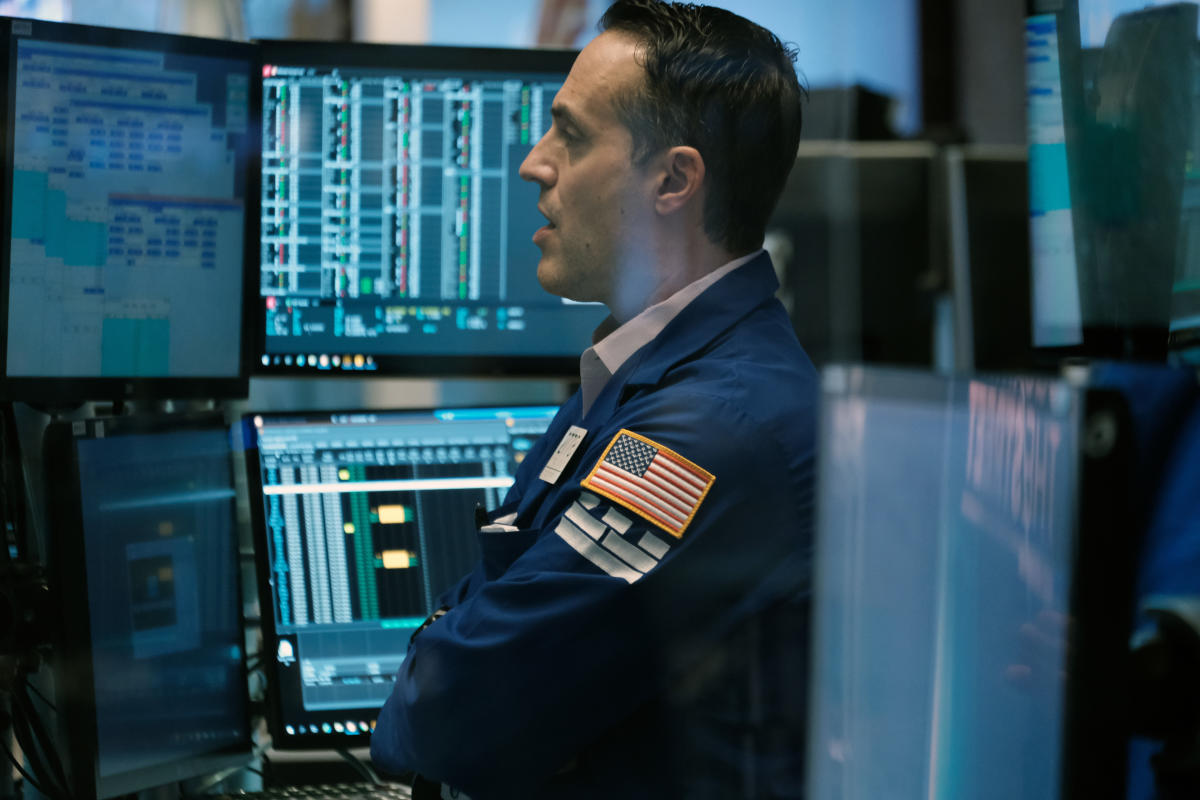 US stocks rose Wednesday to recover some losses after the major equity indexes slid a day earlier, concerns over inflation and global economic growth stirred up further volatility across risk assets.

The S&P 500, Dow and Nasdaq jumped by about 1% intraday. A day earlier, the S&P 500 dropped 2.8% on Tuesday for its largest decline in seven weeks, with technology shares especially slammed. The Nasdaq Composite sank 4% to fall to 12,490.74 — its lowest level since December 2020. With just three trading days left in April, the S&P 500 is tracking toward a monthly decline of 7.8%.

A tepid quarterly earnings season pressed on, and the Big Tech companies that reported earnings after market close on Tuesday produced mixed results. Microsoft shares rose after the company posted sales and earnings that exceeded estimates, fueled in part by further growth at its Azure cloud computing business. Alphabet, however, saw shares fall after posting a sharp deceleration in YouTube ad sales growth and missing on earnings, even as company-wide revenue came in-line with estimates. Peer ad-driven tech giant Meta Platforms is poised to report results Wednesday after market close.

The sell-off across US stocks this week extended volatility seen so far in April and for the year-to-date, with investors continuing to monitor signs of elevated inflation and the further specter of supply chain strain as China grapples with an ongoing COVID- 19 resurgence in key regions. And though the Federal Reserve is in a blackout period ahead of the central bank’s May meeting next week, investors have still kept prospects of tightening monetary policy at the top of their minds, with higher rates and borrowing costs poised to pressure high-growth company valuations .

“The wall of worry has been building, as it relates to Fed worries,” Matt Stucky, Northwestern Mutual Wealth Management senior portfolio manager, told Yahoo Finance Live on Tuesday. “Just a little over three months ago, the futures market was pricing in just three or four interest rate hikes for all of 2022. We’re quite a bit above that now. And markets are pricing in a federal funds policy rate at about 2.7 % by year end. So that’s a significant amount of ratcheting up of Fed tightening that’s been building up throughout the year. And it’s one of the major reasons why we’ve seen volatility kick up as well.”

Given these myriad concerns, other analysts suggested investors brace for more choppiness in the near-term.

“There are some names deeply discounted but I do think there’s a little bit more to go on the discounts. So I would be cautious about entering the markets at this point,” Kathy Entwistle, Morgan Stanley Private Wealth Management managing director, told Yahoo Finance Live. “It’s impossible to call the bottom, so we do like to do a little bit of dollar cost averaging on the way in as well.”

“Supply chain has been an issue, we’ve had issues over in China, we’ve got inflation — these are all things we’ve known about and have been recurring,” she added. “But I think it’s all coming to a head right now and everybody’s at this point where it’s like there’s nowhere else to go. We know that [Fed] action is finally going to happen and that’s going to affect the markets.”

Boeing shares slid more than 7% intraday on Wednesday after the aircraft-maker posted a wider-than-expected quarterly loss and missed on sales.

Revenue came in at just $13.99 billion for the first quarter, Boeing said Wednesday morning, which was less than the $15.94 billion consensus analysts were expecting, based on Bloomberg data. Boeing’s defense business unit saw sales slide 24% over last year to come in just under $5.5 billion, while $6.84 billion was expected. Commercial aircraft sales also declined 2.5% over last year.

Meanwhile, operating cash flow was a negative $3.22 billion for the quarter, or a much steeper decline than the expected $2.61 billion. Core losses widened to $2.75 per share, versus $1.53 per share in the same quarter last year.

US pending home sales declined for a fifth consecutive month in March as increasing mortgage rates weighed on affordability and consumers’ propensity to enter the still-hot housing market.

Contract signings across the country dropped 1.2% last month compared to February, the National Association of Realtors (NAR) said in its latest report Wednesday. Consensus economists were looking for a 1% decline, according to Bloomberg consensus data. And in February, pending home sales had fallen by 4%.

“The falling contract signings are implying that multiple offers will soon dissipate and be replaced by much calmer and normalized market conditions,” Lawrence Yun, NAR’s chief economist said in a press statement. “As it stands, the sudden large gains in mortgage rates have reduced the pool of eligible homebuyers, and that has consequently lowered buying activity.

9:43 am ET: US trade deficit surges to a record high

The US trade deficit jumped to a record high in March, yawning much more than expected compared to February as imports leaped.

The trade gap for goods reached $125.3 billion last month, Commerce Department data Wednesday showed. This came in much wider than the expected deficit of $105 billion, based on Bloomberg consensus data. In February, the trade deficit stood at $106.3 billion.

Imports jumped 11.5% to reach $294.6 billion, which was also a record and was led by a jump in industrial and energy product imports. Exports rose by 7.2% and also reached an all-time high of $169.3 billion.

Here’s where stocks were trading heading into the opening bell Wednesday morning: