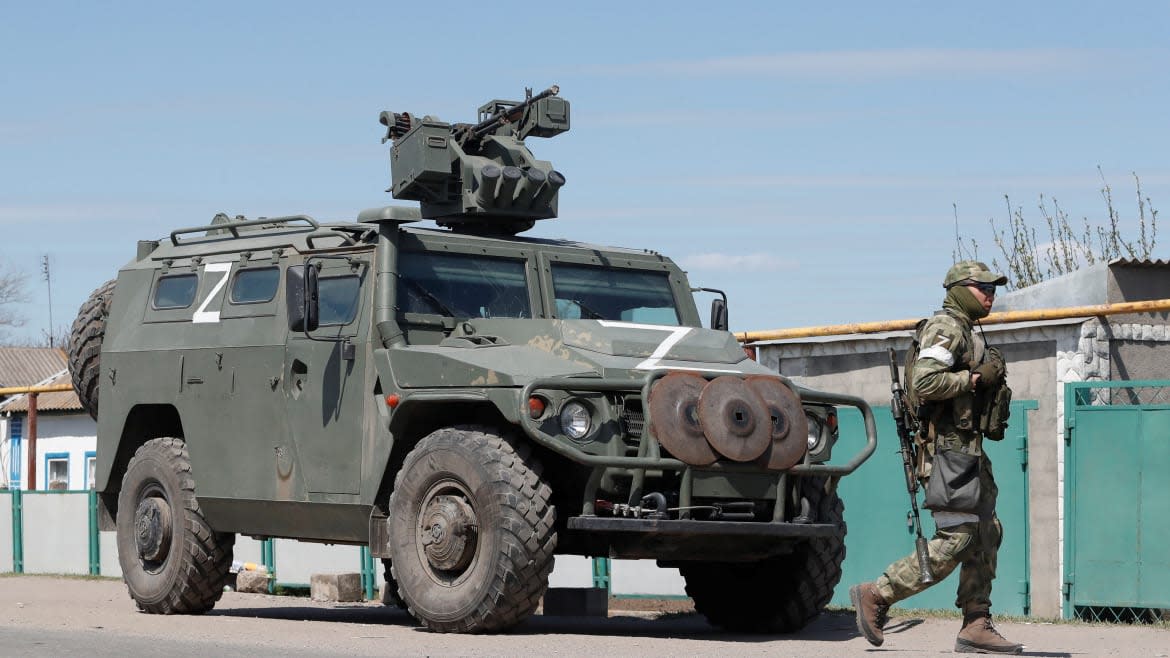 The Ukrainian Defense Ministry’s Main Intelligence Directorate on Saturday released audio of what it said was an intercepted call revealing the batshit new trend.

A man identified as a Russian soldier in an air brigade based in Ukraine’s Kherson region can be heard venting his frustrations to his mother and explaining why he wants to abandon the fight.

“Why would they [the Ukrainians] surrender? We’re on their land,” the soldier tells his mother. “This won’t end anytime soon. What the hell do I need this for? At 20 years old… I’m not at all interested in Ukraine. I need to come back and resign,” he says.

His astonished mother asks why there are no Russian troops in Ukraine determined to continue the fight for the sake of “patriotism,” but the soldier, Nikita, just scoffs.

“I had a commander… who shot himself in the leg just to get out of here. And that was in the very beginning! What is there to talk about? He served in Chechnya.”

His shocked mother goes on to argue that someone must “defend Russia” to stop the West from attacking, echoing the Kremlin narrative dominant on Russia’s state-controlled news that Putin’s war was launched to stop an imminent NATO assault.

“They will just kill us all, it’ll be World War Four and Russia will lose!” she declares.

“Well, then Putin will maybe change his mind… There are no people, there’s no ammunition,” he said, adding that his own commander had felt letters trying to get his brigade pulled out, to no avail.

He said less than 50 percent of his brigade was left.

“Our people are just disappearing on their own. Some of them vanished without a trace, some were taken prisoner, some are hiding, some are already in Russia,” he said.

The tapped phone chat was not the only one to suggest Russian troops are taking desperate measures to escape the war. In a similar recording released by Ukrainian intelligence Friday, a woman identified as the wife of a Russian soldier urges him to “fall off a tank.”

“There’s no way out,” she says. “Otherwise you will be there until September… They will not swap you out, because everyone is refusing.”

“Well, clearly, what kind of stupid fuck would come here?” he says.

His wife argues the “fall from a tank” is just one option. “You just don’t need to shoot yourself in the leg, because who the fuck knows how that would end. Or let someone whack you on your side,” she says, so that her kidneys would get injured. “I don’t fucking know! Because you’d be able to go home straight from the hospital.”

The purported soldier appears to seriously consider the proposal as he recalls how he and about 300 other troops took control of a village two days earlier, when he says a “fucker of a battalion commander” ordered all the men to toss grenades into the bases of local homes, without checking who was inside first.

“It’s good that they didn’t fucking toss the grenades, because when the guys went in there were four little kids sitting there.”

Read more at The Daily Beast.

Get the Daily Beast’s biggest scoops and scandals delivered right to your inbox. Sign up now.