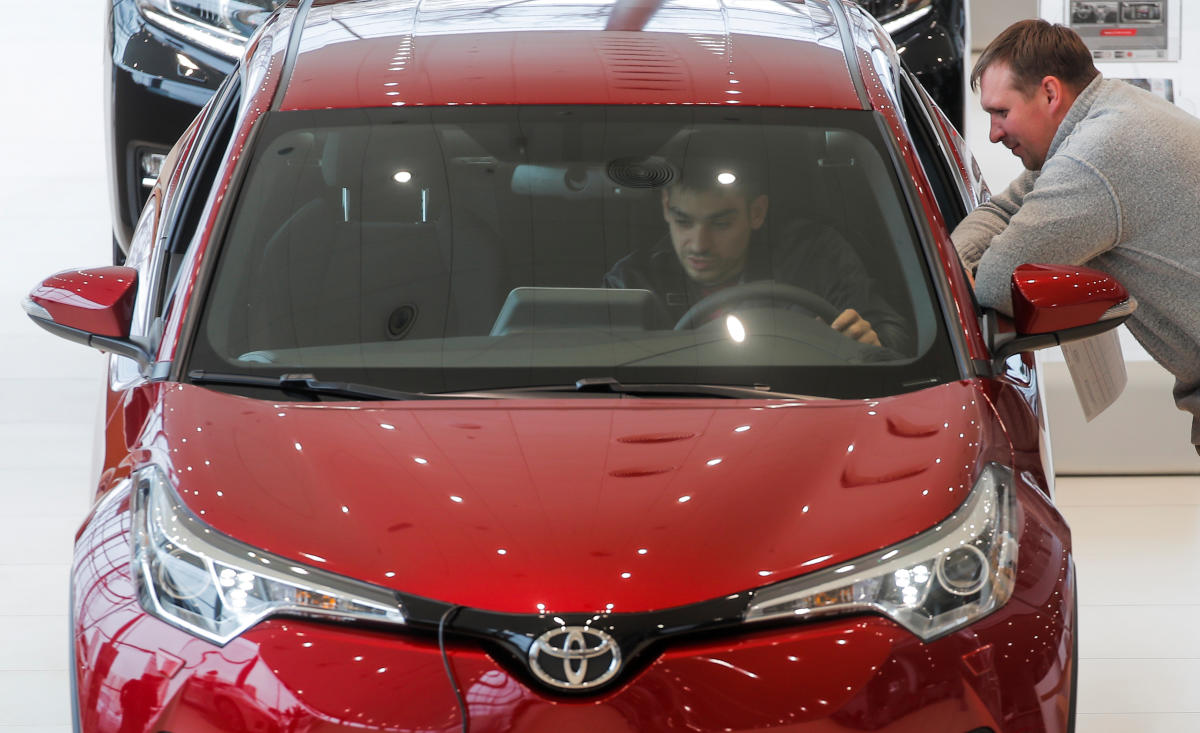 On Friday, new inflation data revealed that it’s still getting more expensive for Americans to buy cars, with prices of new and used vehicles spiking 12.6% and 16.1%, respectively, in the past year.

But it’s not just inflationary pressures weighing on consumers — it’s also the effect of rising interest rates. The Federal Reserve is holding a policy-setting meeting next week, where it’s expected to raise its benchmark funds rate by at least 50 basis points.

Bank of America lead auto analyst John Murphy predicts higher rates could hit consumers and the auto sector in a number of areas, including by making it more expensive to borrow money to buy a car.

“I think when you look at every 100 basis point increase in auto loan rates, it’s about $15 to $20 [added] on a basis of about $600 on monthly payments,” Murphy told Yahoo Finance on Thursday, the day before the latest inflation data came out. “So what we’ve seen is about that so far in a 48-month average rate.”

Let’s also not forget the rising rate environment is coinciding with rising fuel prices, with AAA noting on Friday the average cost of a gallon of gas is dangerously close to $5 per gallon — a psychologically significant number that would be a record high, not accounting for inflation.

“These rising rates and these rising gas prices are a real problem for auto demand,” Murphy says.

There is some good news for consumers, Murphy says. Cars are depreciating at a slower rate over time, meaning auto owners will get more of a return when they sell their used cars than they once did.

The EV versus gas-powered debate

Another area could also offset the cost pressures facing consumers — the prospect of affordable new cars, especially hybrid and electric vehicles (EVs), which have been gaining ground in popularity.

General Motors (GM) announced the 2023 Chevrolet Bolt EV will be much cheaper than last year’s model. But this might be more the exception than the rule, and Murphy is skeptical that EVs overall will continue to get less expensive.

“When you look at the increase in nickel, cobalt, lithium prices, the cost of these electric vehicles has gone up much more dramatically than even the internal combustion engine vehicles,” Murphy says. “Unless the industry wants to eat an incremental $1,000 of cost on an EV versus an [internal combustion vehicle]they’re not going to push the EVs as aggressively in the near-term.”

The high cost of electric vehicles helps explain why many consumers would prefer to buy gas-powered cars over EVs despite sky-high gas prices. So, what’s a consumer to do in this tough environment?

“If you are lucky enough to own a used vehicle that’s inflated in price, as opposed to buying another used vehicle,” Murphy said, “you’re probably better off stepping into buying a new vehicle at the moment.”