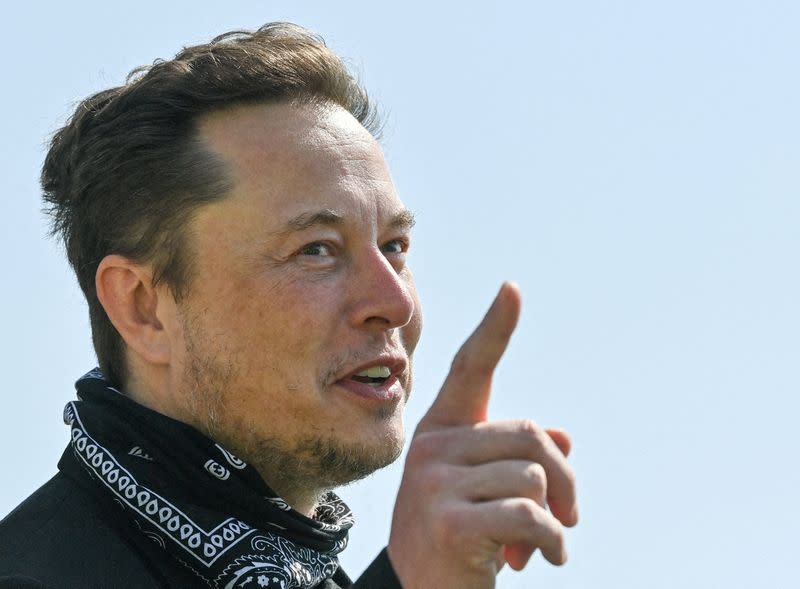 By Dawn Chmielewski and Hyunjoo Jin

(Reuters) – Elon Musk’s criticism of Twitter Inc sparked a barrage of abusive tweets against the company’s top lawyer on Wednesday, raising questions about his compliance with a non-disparagement agreement and the tone that the social media platform’s incoming owner will set for its users .

Musk tweeted he disagreed with a Twitter decision made in 2020 to restrict the distribution of a New York Post article about US President Joe Biden’s son, Hunter. The billionaire, who has about 87 million Twitter followers, called the company’s decision to lock the Post’s account on the platform “incredibly inappropriate.”

Musk, who on Monday reached a deal to acquire Twitter for $44 billion, was responding to a tweet by a podcast host Saagar Enjeti about Vijaya Gadde, the executive who oversees Twitter’s policy and legal teams.

Enjeti described Gadde as “the top censorship advocate at Twitter who famously gaslit the world on Joe Rogan’s podcast and censored the Hunter Biden laptop story.” Gadde then became the subject of a wave of personal attacks by Twitter users on the platform.

Its Tweet the Company’s pending mergers that Musk can tweet about the Company’s mergers while it “so long as such Tweets do not fire any of its Representatives.” There was no indication that Twitter, which inked the deal with Musk after deciding his offer was attractive, would seek to cancel the sale because of his recent criticism.

Dick Costolo, the former chief executive of Twitter, Musk for the move. “Bullying is not leadership.. What’s going on? You’re making an executive at the company you just bought the target of harassment and threats,” Costolo tweeted.

Musk then tweeted back at Costolo: “What are you talking about? I’m just saying Twitter needs to be politically neutral.”

Musk also weighed in on a discussion about Twitter’s deputy general counsel, Jim Baker. In response to critical comments made in a tweet by social media personality Mike Chernovich about Baker, Musk responded: “Sounds pretty bad.”

Baker did not immediately respond to Reuters’ request for comment.

A key question, Harbath said, is whether Musk is “going to replace people inside of Twitter with people who go along with his viewpoints.”

Others worried that Twitter’s efforts to deal with harassment, misogyny and misinformation might take a backward step under Musk.

“Musk’s pursuit of his normal daily activities on Twitter exacerbated the worst aspects of the site and undercut the good work that folks at Twitter have been doing,” said Adam Conner, vice president for technology policy at the Center for American Progress.

While Musk’s activity on Twitter is attracting new scrutiny because of his deal on Monday to acquire the company, the world’s richest person is no stranger to controversy and criticism on the platform.

Last October, Musk criticized Missy Cummings, a Duke University professor who was hired by the US vehicle safety regulator as an advisor, in a tweet that was followed by personal attacks online on Cummings. A longtime critic of Tesla’s driver assistant software, Cummings subsequently deleted her Twitter account.

In 2018, Musk called a British diver “a pedo guy” after he downplayed Musk’s idea of ​​using SpaceX’s mini-submarine to rescue a boys’ soccer team trapped in a cave in Thailand.

“If he proves incapable of tamping down the polarization, Twitter will slowly start to become less relevant because certain types of conversations will no longer be able to take place on it,” said David A. Kirsch, an associate professor of management and entrepreneurship at the University of Maryland.