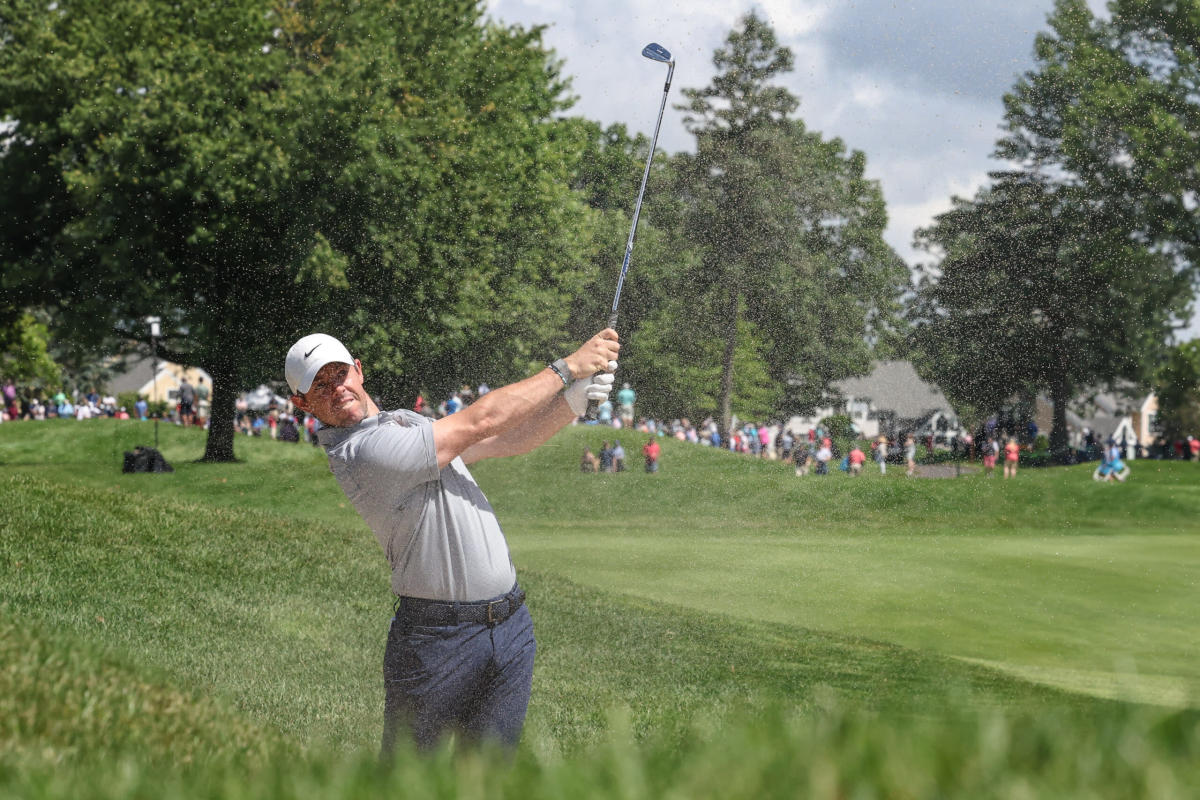 CROMWELL, Conn. – Only nine golfers at last week’s US Open finished with a score under par, and at a golf tournament that annually touts itself as being the toughest, most-rugged event of the season, that felt about right. As it usually does, the US Open rewarded plodders and grinders.

This week, the game’s best golfers are competing in the Travelers Championship at TPC River Highlands, a course where Jim Furyk shot at 58 in 2016. It serves up low scores the way Ronald McDonald serves up burgers.

“It’s like the anti-US Open here. It’s like US Open rehab coming here,” said Rory McIlroy with a grin after he shot 62 on Thursday morning. “You’re like, oh, I can actually make some birdies. This is nice. I like coming here the week after the US Open. It sort of gives you an opportunity to shoot low scores and get after it, and that’s nice.”

Over the final two rounds at the US Open, McIlroy made six birdies, but on Thursday, he carded eight, even with a cold that his daughter, Poppy, brought home from daycare.

“I’m feeling a little under the weather, but it’s just concentration at this point,” McIlroy said. “I’ve got three more rounds left until I have a couple of weeks off and prepare for the Open Championship. I’m going to put everything into those three rounds.”

Outside the ropes, McIlroy has been one of the most vocal supporters of the PGA Tour and its commissioner, Jay Monahan, who on Wednesday announced the PGA Tour will make significant changes to the structure of the regular season and FedEx Cup playoff system starting in 2024 Monahan also said substantial increases in prize money are being made to eight high-profile tournaments in 2023.

When McIlroy was asked to comment about returning the start of the season to January, and other changes Manahan discussed, the four-time major winner who is currently ranked No. 2 in the world, he was supportive.

“Everyone has the same opportunity to make the big events with the big prize fund,” McIlroy said. “I think it’ll make it more competitive and make it a more compelling product, honestly. I think it’ll be good.”

Ordinarily, an opening-round 62 like McIlroy’s would create distance between a leader and the rest of the field, but not at the Travelers Championship.

Xander Schauffele plays a shot from the fairway of the third hole during the first round of the Travelers Championship golf tournament. Mandatory Credit: Vincent Carchietta-USA TODAY Sports

Playing a group ahead of McIlroy, Xander Schauffele, the 2020 Olympic gold medalist, shot 63 and hit 18 of 18 greens in regulation for the first time as a professional.

“Mid-teens to high teens have won this tournament. If you finish in the high-teens you’re in a pretty good spot for the week,” Schauffele said, and he’s right. Last season, Harris English defeated Kramer Hickok in an eight-hole playoff after both players finished tied at -13. The year before, Dustin Johnson won at -19.

“If it stays soft, it may be lower than that for the week,” Schauffele added. “After playing the US Open [where] you kind of beat yourself up all week, and then you kind of hit a bad shot on a day like today and your ball may stay on the green and not roll off into some ankle-high rough. I think mentally it’s a little bit more forgiving.”