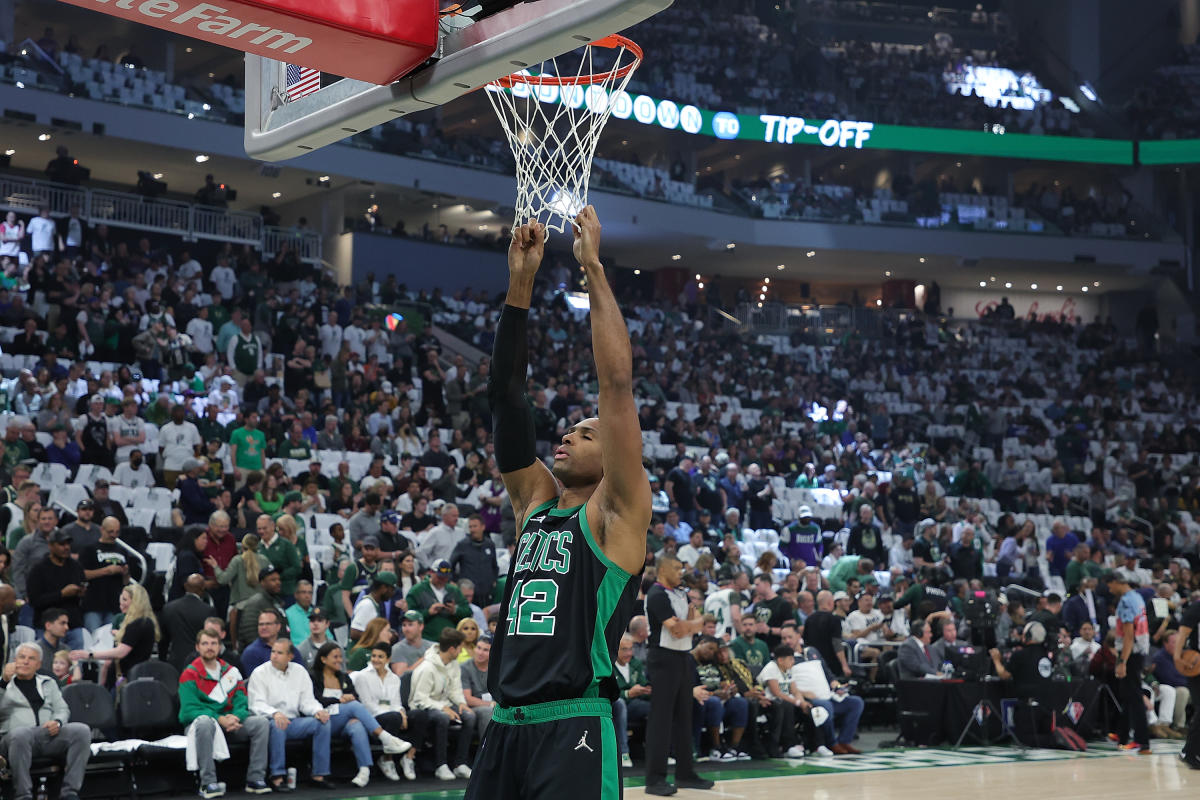 Al Horford turned back the clock and tied the Eastern Conference semifinals.

The soon-to-be 36-year-old scored 16 of his playoff career-high 30 points in the fourth quarter to negate a monster night from two-time NBA MVP Giannis Antetokounmpo and beat the Milwaukee Bucks, 116-108.

The series is tied 2-2 heading back to Boston for Game 5 on Wednesday at 7 pm ET (TNT).

Horford made all six of his field-goal attempts in the final frame, and Boston followed his veteran leader. Trailing 76-65 with 15 minutes left against the defending champions and shooting 40% through three quarters, the Celtics made 16 of 19 shots to score 43 points in the fourth quarter and avoid a 3-1 deficit.

“I’m just very happy to be back here in Boston,” Horford, who the Celtics re-acquired last summer two years after losing him to free agency, told the TNT broadcast following his career night. “Our backs were against the wall, and we needed to respond. And that’s what we did. We didn’t quit. We just kept pushing.”

It was a stunning turnaround for the Celtics, who were frustrated by the officiating and their own failings for much of the night. The Bucks won the turnover battle and out-rebounded Boston on the offensive glass, 13-4. Antetokounmpo exerted his will from him, especially in the third quarter, when he got to the rim whenever and however he wanted, scoring 13 points. It was the same recipe for Milwaukee’s victories in Games 1 and 3.

Only, the Celtics fought back. Jayson Tatum also scored 12 of his 30 points in the series-salvaging quarter. Marcus Smart scored his nine of his 18 in the frame. They combined to make 9 of 11 attempts in the fourth.

Check back soon for more details.

is a staff writer for Yahoo Sports. Have a type? Email him at or follow him on Twitter!