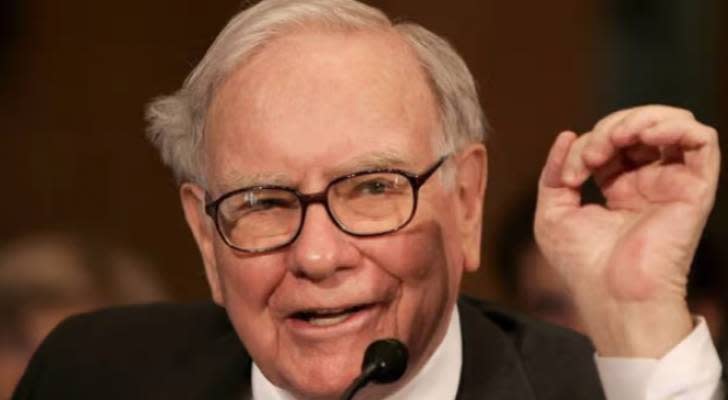 Warren Buffett kept a lot of cash on hand in recent years.

At the end of 2021, the cash pile at his holding company Berkshire Hathaway had grown to a near-record $146.7 billion. That shouldn’t come as a surprise. Buffett is a value investor, after all, and valuations were bloated in the US stock market after significant rallies in 2020 and 2021.

“We find little that excites us,” Buffett said in a recent Berkshire shareholder letter. But in 2022, Berkshire has spent around $7.5 billion acquiring shares of integrated oil and gas giant Occidental Petroleum (OXY).

Let’s take a closer look at the move and figure out if investors should follow suit.

Berkshire backed up the truck on OXY after the company’s earnings conference call held in late February. Buffett read the transcript and liked what he saw.

“I read every word, and said this is exactly what I would be doing. She’s running the company the right way, ”the billionaire investor told CNBC, referring to Occidental CEO Vicki Hollub. “We started buying on Monday and we bought all we could.”

In Q4 of 2021, Occidental generated $8.01 billion of revenue, representing a 139% increase year over year. Adjusted earnings per share came in at $1.48, a marked improvement over the adjusted loss of 65 cents per share in the year-ago period.

On Feb. 24, the company’s board of directors declared a regular quarterly dividend of 13 cents per share on OXY common shares, a whopping 1,200% increase over the prior quarter’s payout of just 1 cent per share. The company also announced a $3 billion share repurchase program.

Three months later, we learned that things continued to improve in 2022. In Q1, OXY generated $8.53 billion of revenue and adjusted earnings of $2.12 per share.

While Berkshire’s recent bet on big oil is making headlines, this isn’t the first time that Buffett has invested in Occidental.

In 2019, Berkshire spent $10 billion on Western preferred shares to help the company purchase its fellow Houston-based energy producer Anadarko Petroleum. Occidental pays a dividend of 8% annually on that preferred stock, providing Berkshire with $200 million each quarter in dividend income.

The arrangement also gives Berkshire warrants to purchase 83.9 million shares of Western common stock at an exercise price of $59.62.

Hot stock in a hot space

Strong commodity prices greatly benefited oil producers in 2021. Among the 11 sectors of the S&P 500, energy was by far the best performing one in 2021, returning an impressive 53%, substantially exceeding the S&P 500’s 27% gain for the year.

That gap in performance has only widened in 2022. The energy sector is already up more than 50% year to date versus the S&P’s 14% decline over the same timeframe.

It’s not hard to understand why: Oil prices were already in a clear upward trend before Russia’s invasion of Ukraine further fueled the rally.

A rising tide lifts all boats, but Occidental has spiked higher than most of its peers, returning a massive 127% already in 2022.

Will the rally continue?

Although investors enthusiastically bid up the shares, more gains could be on the horizon.

In April, Raymond James boosted its price target on OXY from $85 to $90 while maintaining a strong buy rating. The shares now trade at around $70.70 a piece.

Earlier this week, Mizuho reiterated a buy rating on OXY while raising its price target from $85 to $89 – roughly 26% above where the stock sits today.

This article provides information only and should not be constructed as advice. It is provided without warranty of any kind.