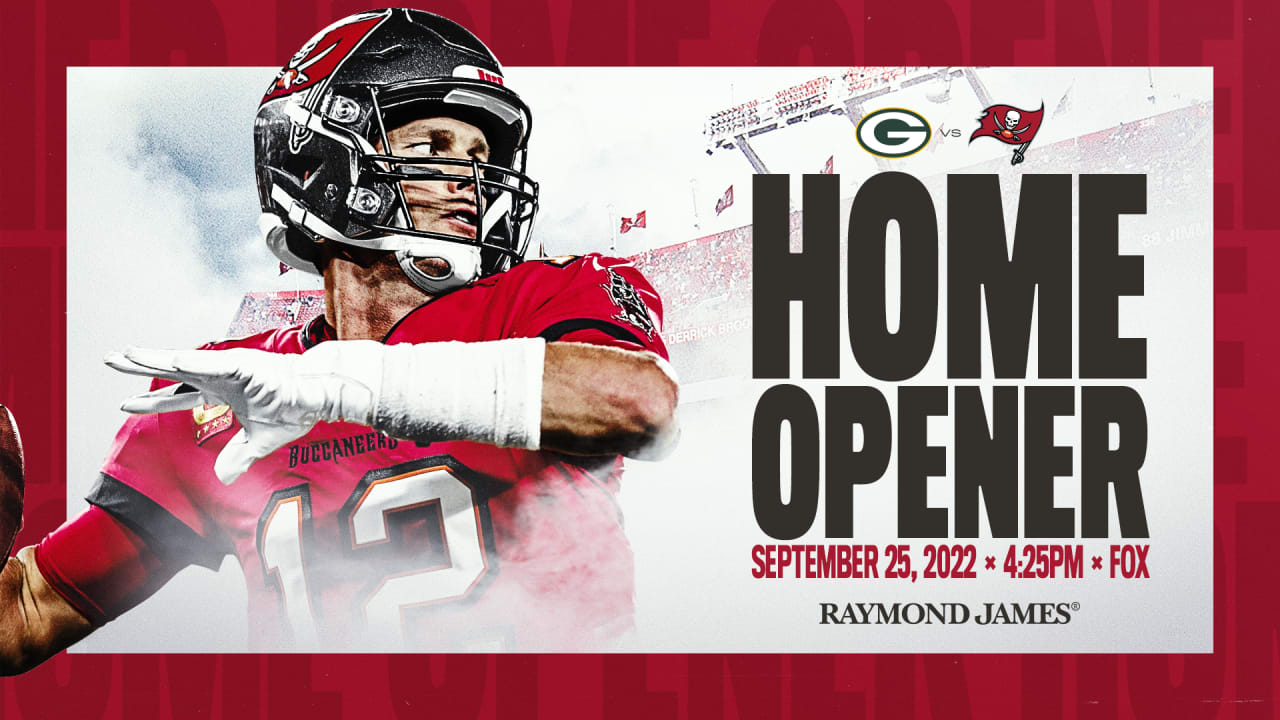 The Tampa Bay Buccaneers will play one of the most challenging and highly-anticipated home schedules in franchise history in 2022, and it starts off in thrilling fashion. Aaron Rodgers and the Green Bay Packers will visit Raymond James Stadium on Sunday, September 25 as the Buccaneers hold their 2022 home opener in Week Three.

The game will get a national audience as the second half of a Fox doubleheader, with kickoff scheduled for 4:25. It will also be the first leg of an incredible two-week stretch at Raymond James Stadium, as the NFL previously announced that the Buccaneers would host the Kansas City Chiefs on Sunday Night Football in Week Four, on October 2.

The NFL will release its entire 2022 schedule at 8:00 pm on Thursday night on the NFL Network. However, each team was allowed to reveal its home opener at 6:00 pm

Just as that prime-time game against Kansas City is a rematch of Super Bowl LV, the Packers visit in Week Three will be a rematch of the game that got the Bucs to that final stage. Tampa Bay defeated Green Bay, 31-26, at Lambeau Field in the 2020 NFC Championship Game to earn their ticket to the Super Bowl.

This year’s home opener will be the first time that Rodgers and Tom Brady have met since that 2020 playoff clash. Though the Buccaneers and Packers didn’t play in 2021, Rodgers and Brady did finish the season first and second in the voting for NFL MVP. This will be the fifth overall clash between Brady and Rodgers as starting quarterbacks, and Brady’s teams have won three of them. That includes the two with Brady in a Buccaneers uniform, in which Tampa Bay has averaged 34.5 points per outing.

After that challenging start in Weeks Three and Four, Tampa Bay’s home schedule will continue to deliver marquee matchups throughout the fall. Also set to visit Raymond James Stadium in 2022 are both participants in Super Bowl LVI, the Los Angeles Rams and Cincinnati Bengals, as well as the Baltimore Ravens, New Orleans Saints, Atlanta Falcons and Carolina Panthers. The Buccaneers are a designated team for the first NFL game ever played in Germany and they will take on the Seattle Seahawks in Week 10. This game will replace the normal 9th ​​NFC home game.