Stock splits have become all the rage again, fueled by a bull run that put the prices of some equities out of reach of many individual investors. One such stock is e-commerce platform provider Shopify (SHOP -11.34%).

After the stock’s eye-popping run that saw it gain as much as 6,350% since its initial public offering in 2015, management announced plans for a 10-for-1 stock split. The measure, which requires an amendment to its articles of incorporation, will be voted on at the company’s upcoming annual and special meeting of shareholders, scheduled for June 7.

However, one of the provisions is meeting resistance from the two largest shareholder advisory services, which raises the possibility that the measure might not pass muster with Shopify investors. 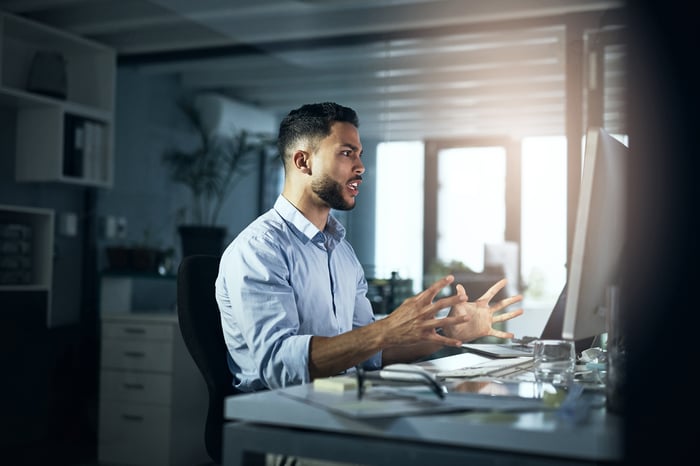 The item in question

In a regulatory filing from early April, Shopify detailed plans for changes to its governance structure that were “designed to support the company’s continued long-term growth.” The company noted that it “prioritized long-term value creation” on its “mission to make commerce better for everyone.”

The controversial measure would create a new class of nontransferable founder shares. When combined with CEO Tobi Lütke’s existing Class B shares, the founder shares would bestow upon the chief executive 40% of the total voting power of the outstanding stock, which would remain in place indefinitely.

The proposal contains certain provisions that would “sunset” the non-transferable founder shares, including if Lütke were no longer serving in a senior executive position or if he allowed his total ownership stake to drop below a threshold equal to 30% of the Class B shares.

“Market best practices generally call for the following of a one share, one vote principle, with a view to alignment between economic interest and voting power at a given company,” ISS wrote in the report last week. The founder share “requires minority shareholders to effectively embrace the multiple class share structure for even longer than was envisioned” at the time of the company’s public debut.

This is not the only prominent shareholder advisory firm opposing the measure. Glass Lewis suggested that Shopify’s move limits the rights of smaller investors, resulting in “inadequate protection” for the interests of minority shareholders. The firm said, “Ultimately, while we acknowledge the board’s concerns around the approaching sunset of the CEO’s effective controlling stake, we are not persuaded that the proposed arrangement is the correct solution.”

In order for the change in Shopify’s proposed governance structure to pass, it will require the approval of at least two-thirds of the votes cast (in person or by proxy) at the shareholder meeting on June 7. Since the measure has the backing of the board of directors and Lütke himself, it would be easy to suggest that the proposal will ultimately pass.

But it isn’t that simple. Institutional investors — including mutual funds, pensions, hedge funds, and index funds — own the vast majority of outstanding stock of US publicly traded companies, controlling an estimated 70% of the shares. Furthermore, 91% of these institutional investors are likely to cast their proxy votes, compared to just 29% of individual investors.

Combined, ISS and Glass Lewis control an estimated 97% of the proxy advisory market, so their opinion matters. Estimates suggest that the two firms control the proxies of almost 38% of total shareholder votes. Additionally, some studies suggest that the opinions of the firms can swing as much as 30% of the vote. It remains to be seen if that will carry enough weight to sway the Shopify vote next week.