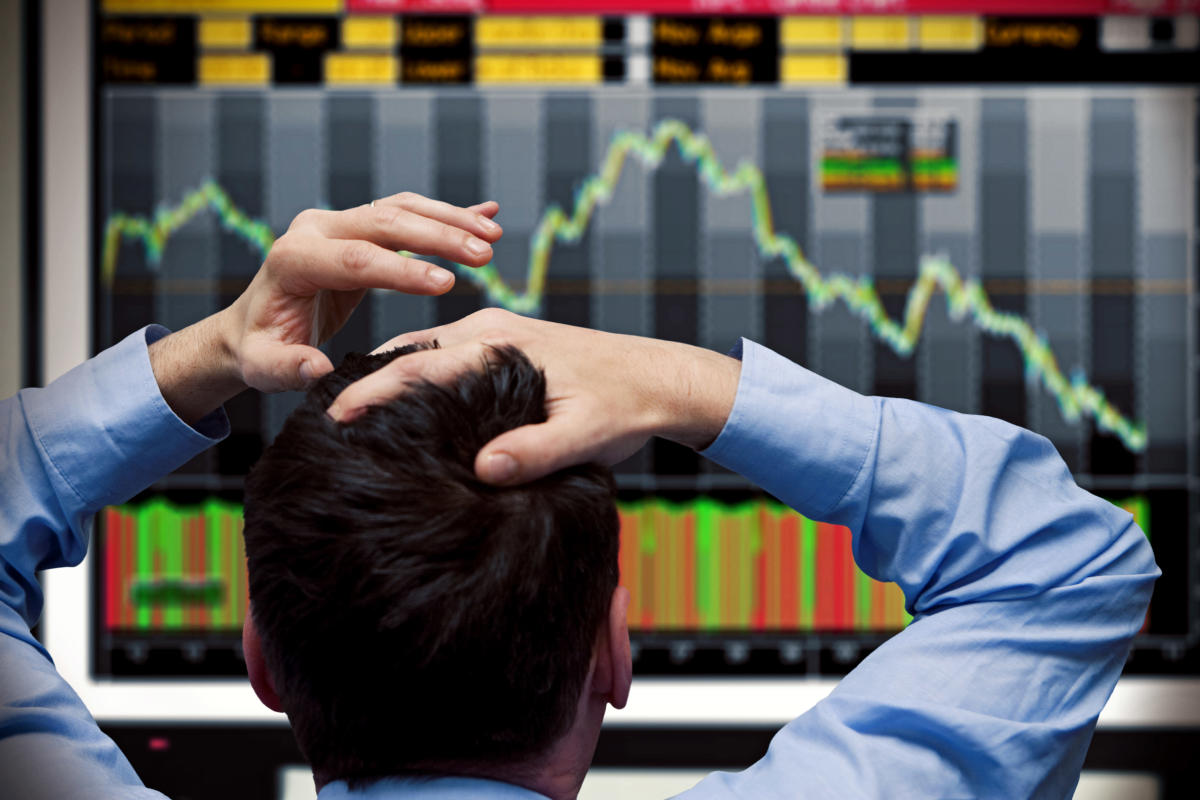 Early on Monday, the largest cryptocurrency by market value plunged 50% from its November all-time high of $69,000, and it’s still dropping in the evening. After falling as low as $29,996 on Monday night, it’s currently trading at around $30,442, according to CoinGecko. In the past week it’s down 21%, and it’s down 47% year-to-date.

The greatest cryptocurrency market is in the red, down more than 12% in the past 24 hours and shedding $1.6 trillion in market value since November. Ether, the second-largest cryptocurrency, is currently trading at around $2,303, down 19% this week.

Risk assets in general have been taking a beating since the Federal Reserve indicated it would raise interest rates by half a percentage point on Thursday, with Bitcoin and the stock market tanking in tandem.

From May to July 2021, Bitcoin saw a similar tumble, around the news of the Delta variant disrupting the economic recovery. From near $60,000 in early May it fell below $35,000 late in the month, and then fell further through July before recovering in August.

On Saturday, the Luna Foundation Guard (LFG), a reserve associated with Terra, announced it would issue $1.5 billion in loans denominated in Bitcoin and UST after the stablecoin lost its peg to the US dollar. However, UST has not regained the $1 value, falling to as low as 66 cents, and only recovering to 79 cents at the time of publication.

“There has been some added downward pressure related to the TerraUSD (UST) stablecoin’s depegging from the US Dollar. UST’s developers have made efforts to help market makers stabilize that peg amid notable withdrawals of liquidity, but have struggled to hold that 1:1 mark today,” Michael Safai, managing partner at Dexterity Capital, a quantitative trading firm focused on cryptocurrency, told fortune earlier on Monday.

“The longer that this persists, the more that this will increase the pressure on Bitcoin and add to investors’ anxiety.”