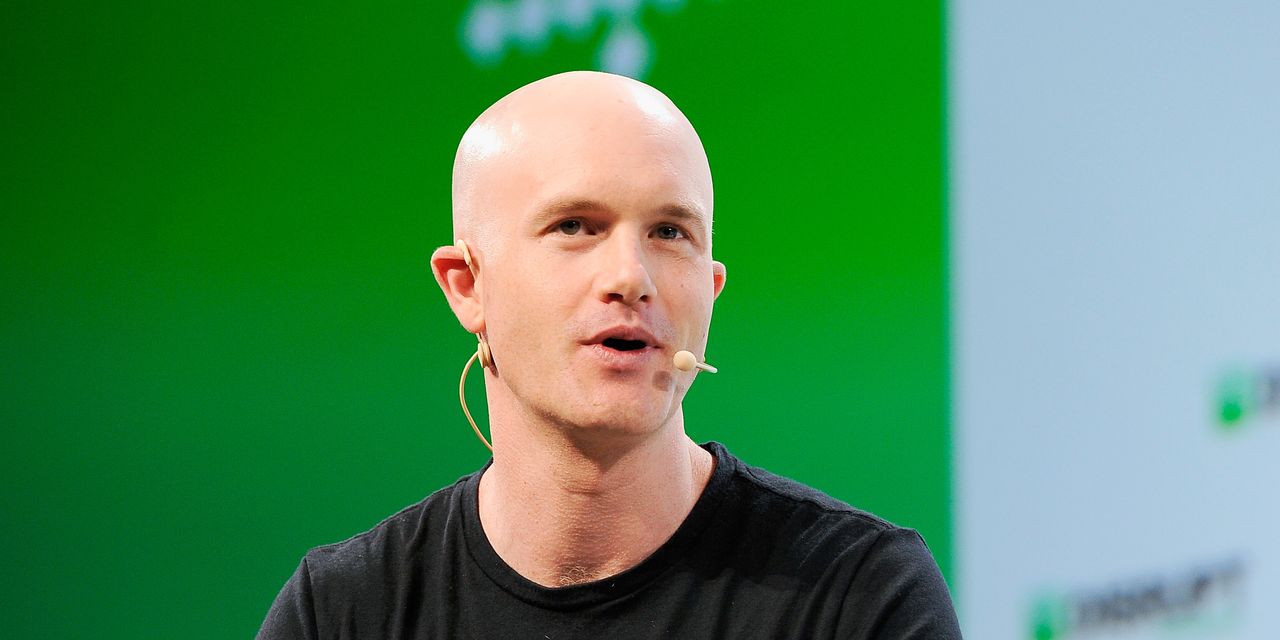 Coinbase Global Inc. has had a rough stretch lately, as plunging prices for cryptocurrencies have dampened trading interest and prompted the company to curtail rapid hiring plans.

The company also seems to be suffering from some internal tensions, judging by a petition posted to decentralized publishing platform mirror.xyz that called for the removal of several Coinbase COIN,

executives. The petition appears to have since been pulled down, but Coinbase Chief Executive Brian Armstrong linked to a site referencing an archived version of it while criticizing the initiative Friday in posts on Twitter Inc. TWTR,

The anonymous petition was said to have been from employees and asked for a “vote of no confidence” that would remove Chief Operating Officer Emilie Choi, Chief Product Officer Surojit Chatterjee, and Chief People Officer LJ Brock. They were deemed “the most prominent executives who have been executing plans and ideas that have led to questionable results and negative value,” including a controversial performance review system and approach to hiring. The petitioners took issue with Coinbase’s “aggressive” hiring ambitions as well as its decision to rescind offers, which led to negative publicity.

‘I thought it was a sick joke’: They gave up other job offers to work for Coinbase, and are now unemployed

Armstrong, for his part, quipped on Twitter that he was “a little bit offended” not to have been included on the list of executive petitioners were hoping to see replaced.

Overall, though, he deemed the petition “really dumb on multiple levels,” writing that employees shouldn’t work at a company if they don’t trust its executives and saying that while feedback is welcome, Coinbase’s “culture is to praise in public , and criticize in private.”

In Armstrong’s view, human psychology makes it so “people want to start pointing fingers and find someone to blame” in a down market, and the remote-work trend has complicated matters by making people feel less linked to one another.

“Being physically separated each day can contribute to this unhealthy us vs them mentality,” he wrote. “People forget we’re on the same team.”

He charged against “leaks” and specifically devoted attention to talk of Dot Collector, a performance-review tool that allows people to give real-time feedback while at work. A report from The Information in May said that Coinbase was testing a version of the tool that would let people rate how their co-workers and managers exemplified company values ​​during the workday.

Armstrong said Friday on Twitter that Coinbase had “tested lots of different HR tools/vendors over the years” and that two teams used Dot Collector for perhaps a quarter. The company “found people didn’t use it much, and when they did most of the feedback was positive.”

It is not the first time Armstrong has encouraged employees to find an exit. In 2020, amid protests related to the killing of George Floyd by police officers, Armstrong detailed his policies against social activism for Coinbase and attempts to avoid having discussed politics in the workplace, and asked any workers not on board with the policy to quit. At least 60 employees did so.

Coinbase recently instituted a hiring freeze that included rescinding offers that had already been accepted. The company had 4,948 employees as of March 31, nearly triple the number it had a year earlier.

Coinbase spokesperson declined additional comment. Coinbase shares ended Friday’s session down 7.9%, and have lost 66% in the past three months as the S&P 500 SPX,