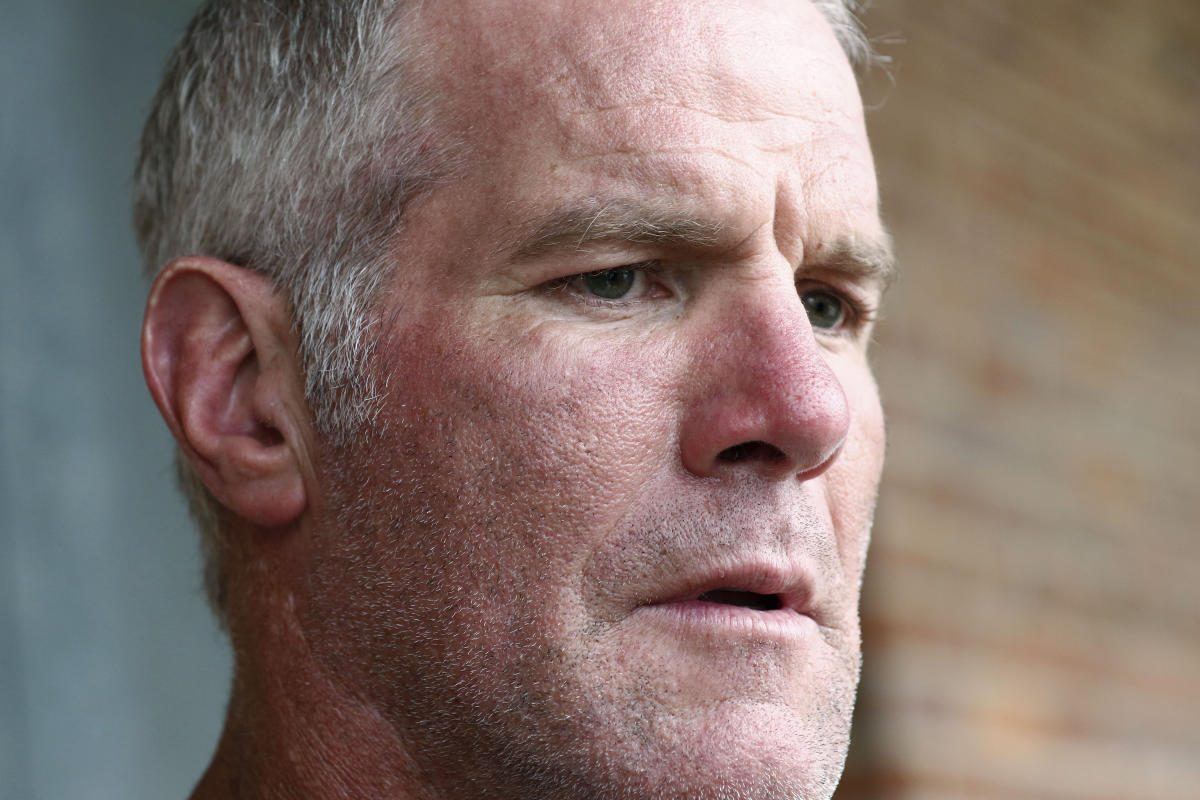 The Mississippi Department of Human Services has named Hall of Fame quarterback Brett Favre in a lawsuit seeking to recoup roughly $24 million in misspent welfare funds intended to combat poverty in one of the nation’s poorest states.

The lawsuit filed on Monday seeks $3.2 million combined from Favre and Favre Enterprises, Inc. Favre is one of 38 defendants in the lawsuit that also names former pro wrestlers Brett and Ted DiBiase and their father Ted DiBiase Sr. aka “The Million Dollar Man.”

Former Department of Human Services Executive Director John Davis is named in the lawsuit as responsible for more than $23 million in misspent funds in a scandal State Auditor Shad White has called the “largest public fraud in state history.”

Per the lawsuit as reported by Mississippi Today, Davis allegedly worked in tandem with non-profits to improperly distribute funds provided by the federal Temporary Assistance for Needy Families (TANF) program intended for Mississippi residents in need. Davis was appointed by former Governor Phil Bryant.

A woman named Nancy New and her son Zach New allegedly ran the non-profits Mississippi Community Education Center (MCEC) and Family Resource Center of North Mississippi and are also named in the lawsuit. Nancy New and the MCEC are named as responsible for more than $19 million. Many of the figures cited in the suit are considered overlapping debts.

“That illegal quid pro quo agreement and new conspiracy between Davis and New resulted in all of the transfers TANF funds for non TANF purposes,” Monday’s lawsuit reads.

The News have agreed to testify in an ongoing criminal as part of their plea agreement. Monday’s lawsuit was filed less than two weeks after they pleaded guilty.

How Favre was allegedly involved

Per the lawsuit, Favre was the largest individual outside stockholder in Florida pharmaceutical start-up Prevacus, which claimed to be developing a drug to treat concussions. The lawsuit alleges that Favre urged business partner and Prevacus CEO Jake VanLandingham “to request Nancy New to use MDHS grant proceeds to invest in the stock of Prevacus, informing VanLandingham that Nancy New had previously provided substantial grant funds on his behalf.”

VanLandingham, Prevacus and its offshoot PreSolMD are also defendants in the lawsuit. Per the lawsuit, Favre hosted VanLandingham, Davis and the News at a 2019 meeting in his home where the News agreed to pay $1.7 million to Prevacus with a promise that the company would conduct its clinical trials in Mississippi.

“That representation of that motive or purpose, for investing $1.7 million of TANF funds into Prevacus and/or PreSolMD, was false,” the lawsuit reads. “The written Agreement was a sham, as it concealed the material fact that the actual purpose of the transaction was financially to benefit Defendants Nancy New, Zach New, Jesse New, Jacob VanLandingham, Brett Favre, Prevacus and PreSolMD. …

“Defendants VanLandingham, Prevacus, PreSolMD and Favre each knew, the funds they were requesting for investments in Prevacus and PreSolMD were the result of government grants provided to and by MDHS.”

Favre is listed in the lawsuit as having accepted $1.1 million from MCEC through payments to Favre Enterprises in 2017 and 2018 for public speaking engagements that he allegedly never performed. White’s office publicly called for Favre to return those funds starting in 2020 with White stating that “auditors were able to determine that the individual contracted did not speak nor was he present for those events.”

Favre paid back $500,000 payment at the time and vowed to return the entire sum to Mississippi. He also claims to have met the speaking obligations and that he didn’t realize he was being paid with welfare funds.

Per Mississippi Today, the $1.1 million Favre repaid is included in Monday’s lawsuit because the funds remain with the State Auditor’s office and haven’t yet been sent to the state’s welfare department.

Favre has not publicly responded to Monday’s lawsuit. The Associated Press called Favre Enterprises on Monday and found a recording stating that the number was no longer in service.

Favre’ alleged involvement is one of several examples alleged in the lawsuit of the funneling of TANF funds through MCEC for illegitimate purposes. Favre is not facing criminal charges in the scandal.