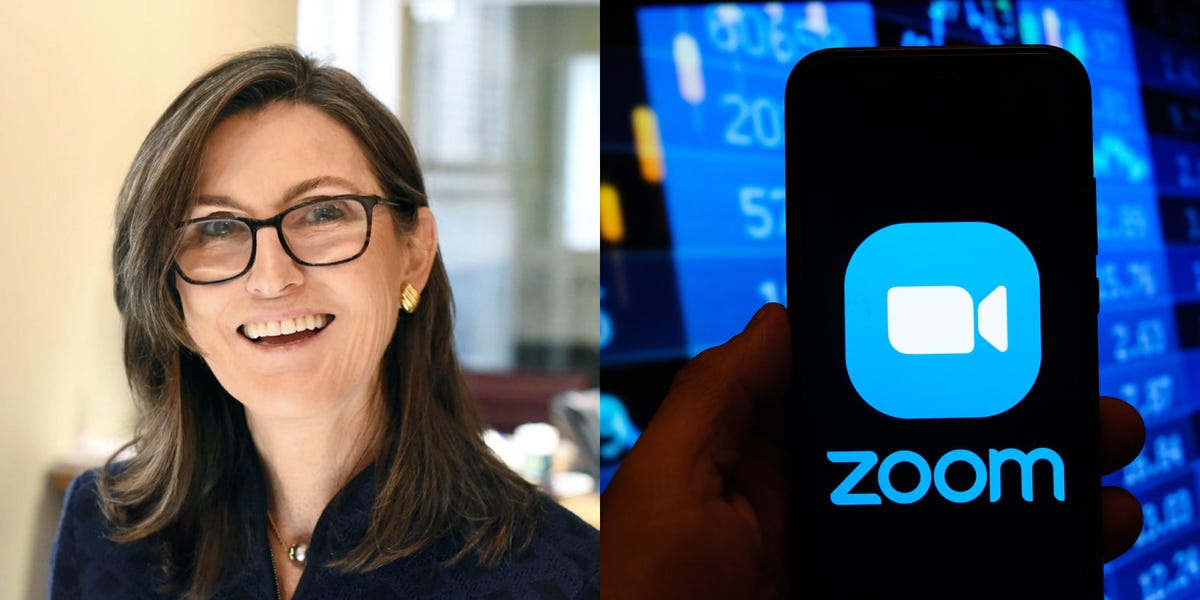 Broad acceptance of a hybrid work environment over the next five years has the potential to drive Zoom Video’s stock price to as high as $2,000 by 2026, Ark Invest said in a note on Wednesday.

The bull-case scenario Ark sees in

That’s a bold call, and it rings similar to Ark’s long-term forecast on Tesla made in 2018, which proved correct and helped drive billions of dollars of inflows into Wood’s disruptive innovation investment strategies.

Ark see’s upside in Zoom because it expects hybrid work to increase its dominance amid a tight labor market, which will fuel continued demand in Zoom’s video communication services. The firm highlighted a report from

That means in-office mandates from employers will likely fuel high rates of attrition among employees, which is the exact opposite thing companies want to see given the tight labor market.

“We believe current pivots back to in-office mandates could be part of a trial-and-error process for employers that will increase the percentage of workers in hybrid/remote working models during the next five years,” Ark said.

The firm estimates 75% of “global knowledge workers” will participate in a hybrid work environment that requires video communication software, up from 51% in 2021. Ark also expects more and more conferences to offer hybrid access, which could be enabled by Zoom’s events video platform. And as long as Zoom can maintain and grow its current market share of nearly 50%, the company stands to financially benefit immensely, according to Ark.

Ark is backing up its conviction in Ark with the billions of dollars it manages for clients. Ark’s flagship Disruptive Innovation ETF now counts Zoom Video as its top holding, ahead of Tesla by more than $120 million. Across all of Ark’s ETFs, Tesla and Zoom Video are virtually tied to the top holding.

Whether Ark’s call on Zoom Video proves to be as successful as its bullish call on Tesla will all hinge on the company’s ability to retain market share amid increasing competition, combined with employer’s willingness to support hybrid work environments.