The head of Amazon.com‘s (AMZN -2.52%) largest business is resigning. David Clark, CEO of the online retail titan’s Worldwide Consumer division, will step down from that role on July 1.

Clark also spearheaded the rapid build-out of Amazon’s fulfillment and delivery network during the pandemic. Incredibly, the e-commerce colossus doubled the size of its already-enormous logistics empire — which it built over 25 years — in a period of just 24 months. 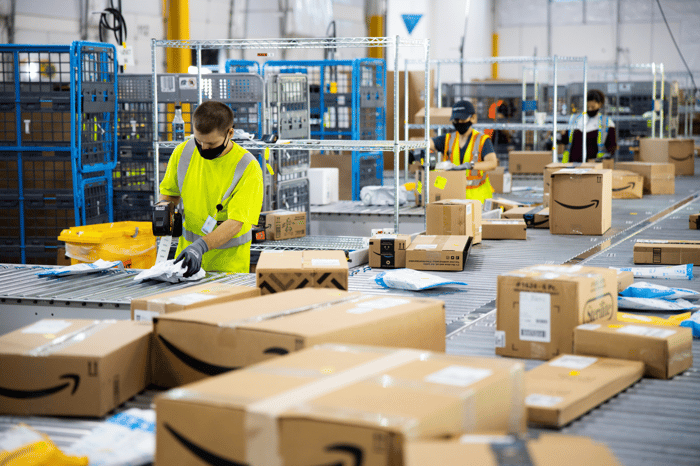 In a message to employees posted on Amazon’s website, CEO Andy Jassy thanked Clark for his many contributions during his 23 years at the company. “The past few years have been among the most challenging and unpredictable we’ve faced in the history of Amazon’s Consumer business, and I’m particularly appreciative of Dave’s leadership during that time,” Jassy said.

Jassy went on to state that Amazon would be “thoughtful” in its attempts to fill Clark’s soon-to-be-vacated position. He also said he expected to provide an update on these succession plans “over the next few weeks.”

What this means for investors

The timing of Clark’s departure is worrisome.

Amazon’s online retail sales growth is contracting — that much is clear. Revenue from the company’s online stores fell by 3% year over year to $51 billion in the first quarter. That was a marked reversal from the 44% growth the segment experienced in the prior-year period, when coronavirus-related safety measures forced the closure of many traditional retail locations. With most of those restrictions now lifted, people are returning to brick-and-mortar stores and shopping online less often.

Rising costs are also taking a toll on its profits. Amazon spent heavily to expand its fulfillment and delivery operations. But with online sales growth now slowing, it appears the company is overbuilt. Amazon is now seeking to stop back its capacity by subletting warehouse space and allowing some leases to expire.

Jassy has promised to return Amazon to a “healthy level of profitability” by adjusting its cost structure. He also said he was “quite confident” that the company would eventually grow into its remaining fulfillment capacity as e-commerce sales rebound.

But Clark’s resignation suggests Amazon might not be making progress toward its cost-cutting goals as quickly as Jassy would like. It could also be a sign that a recovery in the company’s online sales growth might take longer to achieve than many investors expect.

Clark attempted to assuage investors’ fears by praising Amazon’s remaining management team. “I leave knowing that the leaders in the Consumer business are world-class and will take the next phase of Amazon to remarkable levels of success,” Clark said.

Clark also hinted at his new career plans on twitter. “It’s time for me to build again,” he said. “It’s what drives me.”

Yet Amazon shareholders are left pondering why Clark no longer wants to build at Amazon.