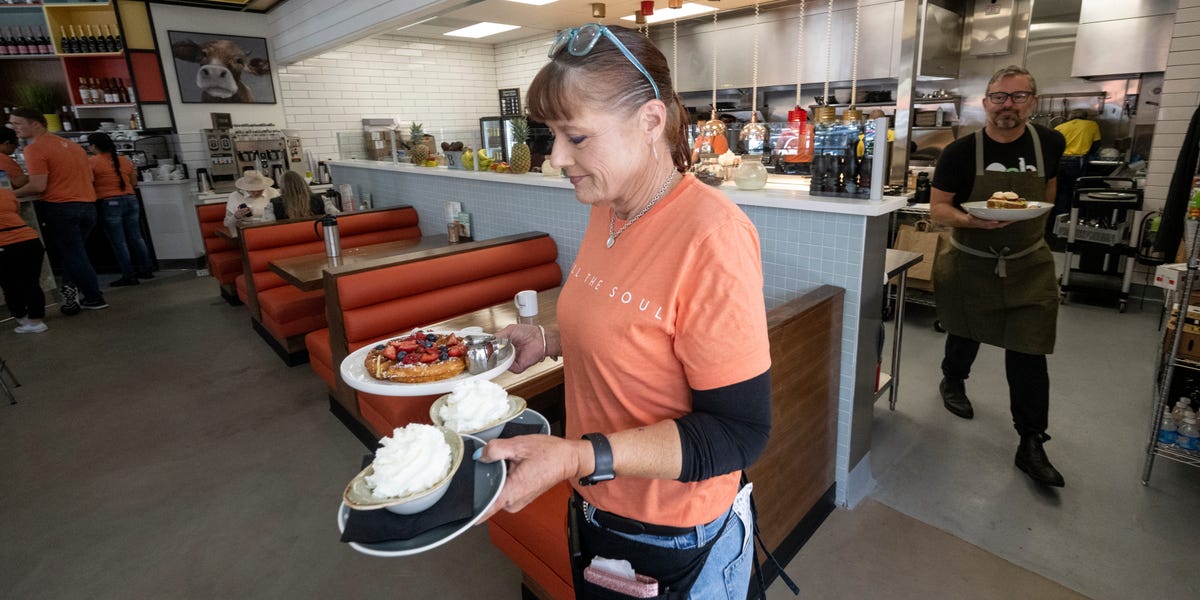 At the end of last year, almost nobody was talking about a US

. Now, the dreaded ‘R’ word is on everybody’s lips.

A consensus is building on Wall Street that US economic growth is soon likely to turn negative, as the

Russia’s invasion of Ukraine has sent energy prices soaring, adding to inflation and making the Fed’s job even harder. China’s zero-COVID policy — which has shut down swathes of its economy — isn’t helping.

Traditionally, a recession is defined as two quarters of decline in gross domestic product. Needless to say, it’s not good for companies or their stock prices. The S&P 500 has tumbled this year, partly due to worries about growth.

But for all the doom and gloom, there are plenty who doubt the recession narrative, and say the US economy is still strong.

Michael Skordeles — a senior US macro strategist at Truist Advisory Services, part of the $66 billion bank — is one of those people.

“We’re not saying risks haven’t increased,” he said. “All the conditions were very favorable, and now they’ve gotten less favorable than that. But that doesn’t mean it’s a recession.”

Skordeles said Americans are sitting on a lot of cash, thanks in large part to pandemic stimulus. Truist estimates consumers have built up $4.7 trillion in savings and deposits since the start of the coronavirus outbreak.

But Skordeles said $1.2 trillion of that has come since May 2021, when measures had mostly ended, largely as a result of a rise in wages.

Skordeles said the strong labor market — stood at 3.6% in April, near the lowest level since the 1950s — is helping people’s wages and incomes grow. And although that is inflationary, it also means spending is likely to hold up.

Yet the Truist strategist said there’s good news on inflation, too. A surge in spending on goods during the pandemic stressed out supply chains and contributed to soaring prices.

However, there’s now evidence of a rotation back to spending on services, such as life gradually returns to normal after the pandemic. Skordeles said that it should help alleviate inflationary pressures.

Retail trade sales grew 6.7% in April compared to a year earlier, but spending on food services, such as restaurants, and drinking places shot up 19.8%.

Spending on services has been picking up

At the heart of most economists’ predictions for a recession is the Fed. In many analysts’ eyes, the central bank will have to hike interest rates so high to choke off inflation that it will derail the economy.

Yet Skordeles said the recent slowdown in growth seen in the US and elsewhere — due to rising energy costs and uncertainty, among other things — could actually be a good thing for the economy overall, in the medium term. Combined with the shift to services spending, it’s likely to mean the Fed hikes less hard than many expect.

“It’s gonna be uneven. It’s not gonna be a straight line. We expect continued

Read more: Deutsche Bank’s chief strategist says stocks could surge another 15% by the end of 2022, building on their recent strength. Here’s why he’s bullish even if a recession starts soon.